“If the U.S. president thinks it’s such a good idea for Israel to release convicted murderers, why doesn’t he release some of the detainees at Guantanamo Bay?” is the response we’ve been hearing to news stories about the United States pressuring Israel to release convicted murderers merely as a door prize for the Arab Palestinians for coming to the table to talk – no concessions, no commitments, nothing at all required of them.

It is unlikely to make the people who were asking the question feel better, but the answer is: He already did.


That’s right, somehow, in a story that seems to have flown below the radar, five members of the Taliban who had been detained at the U.S.’s Guantanamo Bay Detention Center in Cuba have been freed by the U.S.

It happened at the end of July.

But don’t worry, those five prisoners were released under a very strict condition: they had to agree that they would not engage in any violent activity. No word on whether the prisoners agreed to a serious pinky swear or if anyone checked to see if they were crossing their fingers when they promised not to hurt anybody ever again.

And the reason for the release?  To show the Taliban that the United States is serious about engaging in peace talks. Sound familiar?

But the U.S. drives a much tougher bargain than does Israel.  The U.S. was going to exchange the five Taliban terrorists for one American, U.S. Army Spc. Bowe Bergdahl, who disappeared in eastern Afghanistan on June 30, 2009.

On the other hand, Bergdahl was not released, even though the Gitmo prisoners were.  Some tough bargainers. 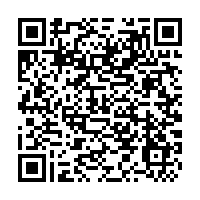