Israel Aerospace Industries (IAI) president and CEO Joseph Weiss says the company has been totally locked out of the competition to replace the aging converted Boeing 70s that have been used for decades as refueling aircraft for the Israel Air Force.

Weiss told Breaking Defense journalist Arie Egozi last month in a wide-ranging interview that IAI was not even under consideration in the recent tender that had been published for replacement of the aircraft.


“We are not,” he told Egozi. “We have not been given a chance to compete in spite of the fact that we can supply the best cost-effective solution. It is very strange that the Israeli air force ignores our proposal. The Ministry of Defense has not even begun a dialogue with us on our proposal. That is wrong, very wrong. We only ask for a fair chance to compete.”

IAI is offering to purchase used Boeing 767s from the open market and convert the aircraft to refueling tankers for use by the Israel Air Force. It’s not the first time IAI has done so: according to Egozi, the company has been offering converted 767s for special missions — including aerial refueling — for years, and mentioned the 2010 conversion of a B767-200ER (extended range) to a Multi-Mission Tanker Transport (MMTT) configuration for the Colombian Air Force (CAF) as one example.

However, sources quoted by Egozi who requested anonymity said that Boeing’s KC-46A remains the “optimal solution” for the IAF. A number of those aircraft are expected to be delivered to Israel within the next two months, the first of a total order of 200 already purchased by the Israel Air Force.

Some of this has to do with the issue of U.S. foreign military funding (FMF) to Israel, and the requirement that a large percentage of the funds remains in U.S. dollars, used soley to purchase systems that are “made in the USA.”

IAI is not unique among Israeli defense contractors in its growing, deep concern that American military foreign aid is conditioned on the requirement that Israel purchase all of its military hardware solely from U.S. contractors. This form of aid provides military assistance, but is causing increasing concern in some sectors about the damage to Israel’s economy: Israeli defense contractors, a large source of research and development, jobs and income in the country, will be forced into significant layoffs if they can no longer compete in Defense Ministry tenders. 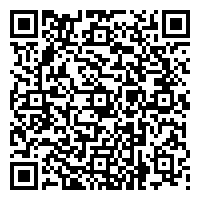