A car bomb blast has hit a police headquarters in the majority Kurdish province of Diyarbakir, in south-eastern Turkey early Thursday morning, killing five and injuring at least 39, the BBC reported. A woman and a baby are among the dead. Rescuers are continuing to search through rubble at the scene. The bomb was detonated at the entrance of the local district police compound and also damaged nearby residential buildings, where the mother and baby were killed. The attackers then fired rockets at the police headquarters. Turkish officials are blaming the Kurdistan Worker’s Party (PKK) for the attack.

Meanwhile, in Indonesia’s capital Jakarta as many as six explosions rocked the city, followed by a gunfight, that killed at least six. Then, according to media reports, there was an additional explosion near the original attacks. Police reported three police officers and three civilians were killed in the central Jakarta attack, according to Reuters. Police claim that the gunfire has eventually ceased and that no hostages were taken.

One blast in Jakarta was in a Starbucks cafe, according to Reuters. “The Starbucks cafe windows are blown out. I see three dead people on the road. There has been a lull in the shooting, but someone is on the roof of the building, and police are aiming their guns at him,” a Reuters photographer reported. 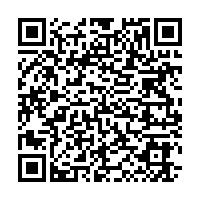