The desperate fight for the life of a terror victim, Yotam Ovadia, who was stabbed repeatedly by a 16-year-old Arab terrorist on Thursday night, ended early Friday.

Ovadia was rushed to Hadassah Mount Scopus Medical Center in Jerusalem, sustained multiple stab wounds in his chest and elsewhere on his body.

A resident of Adam, the victim was stabbed after he discovered the terrorist, who had infiltrated through the security fence surrounding the Binyamin region community, located a few minutes north of Jerusalem.

Two other stabbing victims in the attack are expected to survive. A 58-year-old who has since stabilized is now listed in ‘fair’ condition. The third man who shot and killed the terrorist after hearing the shouts as the attack was taking place also sustained minor injuries in the attack. He’s in good condition at Shaare Zedek Medical Center in Jerusalem.

Ovadia is survived by his wife and two young children.

His funeral will be held at 1 PM in Jerusalem, on Friday. 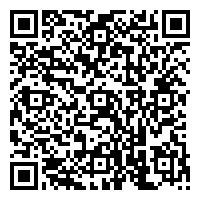