By: Aryeh Savir and Sheri Oz/TPS

Israel will establish a national guard to contend with security threats within the country’s borders, Prime Minister Naftali Bennett announced.

Speaking in wake of a series of terror attacks in Israel that claimed the lives of 18 people, Bennett stated during the weekly Cabinet meeting on Sunday that “the supreme task of the Israeli government is to restore personal security to the citizens of Israel,” and therefore it is promoting the establishment of a National Guard.

“I have instructed the National Security Council, in coordination with the Public Security Ministry, to present the government with an orderly and budgeted plan to establish a civilian national guard by the end of the month,” he stated.

The IDF has no mandate to operate within Israeli cities, and the police are understaffed and not equipped to contend with mass violence similar to the riots Israel witnessed a year ago during Operation Guardian of the Walls, and therefore the creation of another security force has been in the works for several months.

Bennett said that “the urgent need to strengthen the personal security of the citizens of Israel was born a year ago during the events of Operation Guardians of the Walls, mainly in the mixed cities, and it is more urgent than ever in the current wave of terrorism. Time and time again, we see the difference between incidents in which there was a responsible armed civilian in the area and those in which there was not. The need is great, especially in the ultra-orthodox cities, in which fewer people carry weapons. We are taking action.”

The National Guard will be based on the Border Police forces, along with the recruitment of skilled forces of volunteers and reservists, who together will be defined as a National-Civil Guard. They will be deployed during emergencies and riots, and in routine, if needed.

Muslims in cities across Israel rioted last May as the IDF was engaged in Operation Guardian of the Walls against Hamas and the Islamic Jihad in the Gaza Strip, and as the Gazan terror groups were bombarding Israeli cities. Three Israelis were murdered and dozens of others were wounded, synagogues were desecrated and burned, and communities found themselves under a siege.

Following the police’s apparent inability to contend with such a magnitude of violence, and with the understanding that the violence Israel experienced in May 2021 is only a prelude to a much more significant outburst in the near future, Israel’s security establishment has been pushing for the creation of the National Guard.

IDF Brigadier General (Res.) Amir Avivi, Founder and CEO of the Israel Defense and Security Forum (IDSF) – Habithonistim movement, told TPS that “after the uprising of Israeli Arabs during Operation Guardian of the Walls, when Hamas mobilized part of the Israeli Arab sector to conduct pogroms against Jews, there was a growing understanding that the police force and Border Police units were unable to contend with the situation given its size.”

Avivi highlighted the need for “a relevant and timely response in order to limit the damage in an attack” for which there was no prior intelligence that would have enabled its prevention.

The IDSF, comprised of more than 3,000 high-ranking officers, commanders in all branches of the Israel security establishment such as the IDF and Mossad, recommended founding a national guard that would be comprised of 100,000 reserve soldiers who were discharged from their regular service, and at least 20,000 volunteers from the Border Police. This would ensure “a fast response in every town, neighborhood, and city around Israel in both peace times and wartime,” Avivi said.

According to Avivi, it took time for the government to recognize the crucial need for such a new security body. In fact, “it took until the recent wave of terror attacks for the politicians to move forward with this new force,” he said.

“In the next two weeks, the Prime Minister and other government officials will meet with the Police Commissioner and the Border Police Commander to discuss what is needed and to determine the budget necessary. This is an opportunity to ensure security within Israel and free up the IDF to do its job outside the cities.” 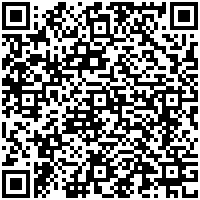