“All decisions regarding the Temple Mount and Jerusalem will be made by the Government of Israel, which is the sovereign of the city, without any attention to foreign considerations,” Prime Minister Naftali Bennett stated, apparently rebuffing demands made by Jordan for more control on the Temple Mount.

Speaking at the beginning of the Cabinet meeting on Sunday, Bennett appeared to be responding to a list of requests drafted by Jordan which it submitted to the Biden Administration and in which it demanded less Israeli presence on the Temple Mount, including a limiting of the police’s presence, and increased Jordanian control of the site.


Similarly, Mansour Abbas, head of the Islamist Ra’am party and a member of Bennett’s coalition, stated Saturday that he would return to supporting the coalition based on the approval of Jordanian King Abdullah II, who he said was the rightful custodian of the Temple Mount and should be the one making decisions about the holy site. Ra’am froze its membership in the coalition and warned that the party would take more drastic steps if over Israel’s presence on the Temple Mount.

Israeli and Jordanian officials are expected to hold a special conference in the near future to discuss the recent clashes on the Temple Mount, as well as the future of the trusteeship over the site, the holiest spot on Earth to Jews.

After Israel liberated the Old City of Jerusalem in the Six-Day War in 1967, it allowed the Muslim Waqf to maintain authority over the Temple Mount where the two Jewish Temples once stood. Successive Israeli governments have allowed the Jordanian-backed organization a level of autonomy there.

Over the years, the Waqf has been permitted to implement policies that discriminate against non-Muslims on the Temple Mount. For example, while there are many gates that allow access to the site, non-Muslims are only permitted entrance through one of them. 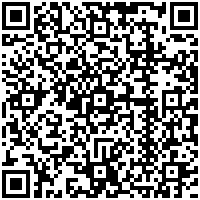