Three Israeli children were attacked Tuesday evening by Palestinian Authority Arab terrorists near the Givat Gal neighborhood in Hebron, according to TPS.

The terrorists beat the children, hurled rocks at them and aimed pepper spray at them, the news agency reported.

One of the victims, a 12-year-old boy, was evacuated to a hospital by Magen David Adom medics who reported he suffered multiple injuries.

A 14-year-old boy was treated at the scene for minor injuries.

The third child, a 10-year-old boy, did not require medical care.

Earlier in the day, a 14-year-old Jewish girl was wounded by Palestinian Authority terrorists who hurled rocks at the vehicle in which she was a passenger as it passed the terrorist hotbed village of Beit Ummar, about 15 minutes away from Hebron. 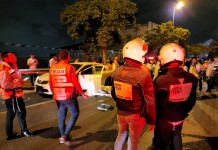 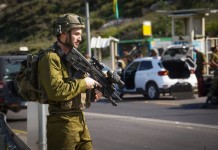 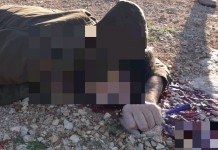