(Israel Hayom via JNS) Israel has already and will again in the future transfer hundreds of millions of shekels in the form of “loans” to the Palestinian Authority, despite the Cabinet voting on Sunday to withhold an almost equivalent amount that would otherwise be transferred to Ramallah if not for its ongoing policy of providing “salaries” to terrorists and their families.

The Cabinet’s decision to deduct in 12 monthly installments some NIS 600 million ($177 million) from the taxes and tariffs collected and transferred to the P.A. in accordance with the Oslo Accords was required under an Israeli law that seeks to hold Ramallah accountable for its “pay for slay” policy of doling out stipends to jailed Palestinian terrorists and to the families of Palestinians killed in the process of carrying out attacks against Israelis.

The amount deducted is meant to be equal to the total sum paid out by the P.A. for this purpose.

However, a separate mechanism that has been set in motion will effectively offset Sunday’s move.

The P.A. recently received NIS 500 million ($147 million) as a loan from Israel, which has not been repaid. Additionally, the Israeli government has moved up the date on which it will transfer to Ramallah portions of the import taxes and tariffs it collects in order to financially prop up the P.A.

Accordingly, the Palestinians will not be significantly impacted by the deduction resulting from their “pay for slay” practice.

Meanwhile, the Israeli defense and finance ministries are operating a secret fund through which money is transferred to the P.A., a reality revealed in the state’s response to a petition filed with the High Court of Justice by the Kohelet Policy Forum.

State’s attorney Yael Morag Yako-El wrote in response to the petition that Israel had committed to transferring to the Palestinians a separate loan of NIS 100 million ($29 million). “The source of this amount is an extra-budgetary fund managed by the Civil Administration and Finance Ministry’s Budgets Department,” she wrote, adding that the state was prepared to present financial agreements between Jerusalem and the P.A. to the High Court of Justice, but only “behind closed doors, and only to the court.”

Attorney Ariel Erlich, who submitted the petition on behalf of the Kohelet Policy Forum, said in response: “We petitioned the High Court of Justice against the transfer of funds [to the P.A.] because the Finance Ministry refused to reveal the agreements and affirm that all transfers were in accordance with the law. …

“As for the existence of this fund,” continued Erlich, “the Finance Ministry never bothered to inform anyone. Theoretically, this is a gross violation of the law. After all, if the law stipulates what and how you are permitted to transfer to the P.A., the state cannot create extra-budgetary funds to bypass this prohibition.” 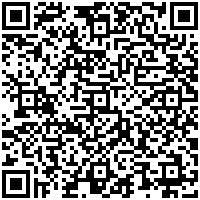