Three Jewish hikers were seriously wounded by a bomb at a popular water spring near Dolev. The terror attack happened around 10:15 AM on Friday.

The IDF is examining if a grenade was thrown at them, or if the bomb had been left at the spring by the Arab terrorists. It is now believed that the bomb had been planted at the site and was remotely detonated.


Paramedics treated three seriously wounded people: a man, Rabbi Eitan Shnerb (Shenrav) from Lod, age 46, now listed in moderate condition, stable and conscious; his son Dvir, a teenage boy, age 19, who is listed as seriously wounded with stomach and body wounds. He is unconscious and on a respirator.

His daughter Rina Shnerb HY”D, age 17, was in critical condition and underwent resuscitation efforts in the field, but has died from her wounds.

JewishPress.com reported on Rabbi Shnerb in February, when he found two terrorists waiting to strike as he was checking the Eiruv for his army base.

An IDF 669 medivac helicopter was sent to their location and evacuated the wounded men to Hadassah Ein Karem hospital. The young woman is being treated on site, in an attempt to stabilize her.

The IDF has set up roadblocks and searching around the area.

Residents of Dolev report hearing the explosion. Dolev is east of Modi’in.

The attack happened near the Ein Buvin spring, which was renamed to Ein Dani, in memory of Dani Gonen, who was murdered there by Arab terrorists in 2015.

Update: 3:15 PM: Hadassah Ein Karem hospital reports that they have completed their surgery on Dvir. He is now stable and in the ICU. He is still in serious condition, though out of immediate life threatening danger.

In response to the attack, Prime Minister and Defense Minister Benjamin Netanyahu said:

“On behalf of myself and the citizens of Israel, I send deep condolences to the family of young Rina Shnerb who was murdered in a harsh terrorist attack this morning, and wishes for a quick recovery to her father, Rabbi Eitan, and her brother Dvir. We will continue to strengthen settlement. We will deepen our roots and strike at our enemies. The security arms are in pursuit after the abhorrent terrorists. We will apprehend them. The long arm of Israel reaches all those who seek our lives and will settle accounts with them.”

“We send our condolences to the young victim and her family, and wish those wounded a speedy recovery. Once again murderous terror just before Shabbat. Once again terrorist criminals hurt precious Jews, beautiful lovers of the land. And once again there is a strong will from the terrorists to harm us. The State must say enough to Arab terror! Deterrence must be returned immediately! The immediate destruction of the terrorists’ homes, the expulsion of the terrorists’ families, the “draining of the swamp,” from the center of the Arab cities must become policy.

And on our side, we must build more and more and apply full sovereignty over Judea and Samaria. Unfortunately justice carried out by the long arm of the IDF is no longer relevant. The pinpointed plucking of the terrorists by our forces is impressive but not enough. The Arab enemy must understand that on a national level it does not pay to harm Jews and harm Israel.

A Jew must be able to travel freely in his country, hitchhike, and go to work, and the State must apply full sovereignty, implement massive construction in Judea and Samaria, and strike the terrorists in their nests. This is the only reality we will accept. Mr. Prime Minister please convene the Cabinet even before Shabbat and let the IDF take their gloves off. Jewish blood can’t be forsaken!” 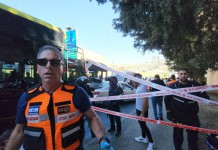 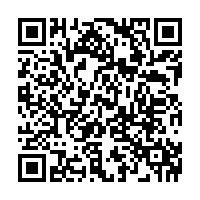