[Republished with permission from Caroline Glick]

President Trump took issue with continued American Jewish support for the Democrats after Tlaib and Omar gave a press conference libeling Israel in furtherance of their anti-Jewish, BDS agenda.


For his actions, Trump is again being falsely defamed as an anti-Semite.

American Jews who wish to deny leftist anti-Semitism, pretend that BDS is primarily directed against Israel. After all, if the likes of Omar, Tlaib, AOC and the rest only hate Israel, then they aren’t anti-Semitic. They just hate Israeli Jews.

(And anyway, those Israeli Jews must have had it coming to them.)

But the truth is that BDS in America is directed primarily against American Jews. Its goal is to silence them as a political force in America. American Jews who support Israel are ostracized in universities, and even in high schools. They are subjected to abuse in every quarter.

Examples abound. Last month, a Jewish patron of the arts, Warren Kanders was forced to resign his position as the vice chairman of the Whitney Museum’s board of trustees. Kanders was subjected to a massive, intense campaign of demonization by Palestinians and leftists for his “crime” of owning a security company that sells tear gas to Israel.

The Whitney, which has featured overtly anti-Semitic exhibits in the past, is now officially off limits to pro-Israel Jews.

Also last month, the Associated Press published a defamatory article about Simon Falic for his pro-Israel philanthropy. The message was obvious. American Jews considering supporting Israel are now on notice, if they dare support Israel, they can expect to see their reputations dragged through the mud.

Let’s now ask a question, how do these defamatory campaigns harm Israel? The answer is that they don’t harm Israel. They harm American Jews.

How do BDS campaigns on college campuses harm Israel? The answer is they don’t. They harm American Jews.

Israel, to be sure is harmed by a diminishment of Democratic support for Israel. And there are many things Israel needs to do to protect itself from this. But these are issues for the medium and long term.

Now to the issue of Tlaib and Omar.

These woman have chosen to dedicate their time in office to advancing BDS — which again, targets American Jews first and foremost. And rather than denounce them for their anti-Semitic actions that harm American Jews specifically, the Democratic Congressional leadership has rallied to their side.

In their press conference this week, the two women’s hostility towards Israel and its supporters was palpable. The fact that they had anti-Semitic Jews standing with them didn’t make their efforts less hostile. Indeed, their use of Jewish fig leaves made their efforts more hostile. They are seeking to co-opt Judaism while demonizing Jews.

President Trump’s statement that Jews are disloyal if they support Democrats was clearly a response to that display and to the party’s adamant refusal to call these woman to order for their open hatred of Jews and the actions they are taking that directly facilitate the anti-Semitic BDS campaign in the United States.

In other words, while the Democratic party is enabling and empowering these overt Jew haters, Trump has been taking them to task for their bigotry. And rather than thank him for his support, 75 percent of American Jews are joining their fellow Democrats in giving a pass to their party while pillorying Trump for daring to be their friend.

Given the context in which Trump made his remarks — that is, the Democratic Party’s open embrace of anti-Semites and anti-Semitic messaging — it is literally impossible for even a semi-literate person to misunderstand what he was saying.

Moreover, it is telling that the same people insisting that Trump’s statement was anti-Semitic are giving a pass to the Democrats for refusing to take any action to rein in their Jew hating members. It shows the disingenuousness of their sudden professed concern for anti-Jewish bigotry.

The likes of Tlaib and Omar are rendering them political non-entities. By attacking Trump, the main politician supporting them, while giving a free pass to the Democrats who are facilitating discrimination against them, American Jews are disenfranchising themselves. Democrats see they can abandon the Jews without consequence, and Republicans see that there is no point in sticking up for the Jews who will hate them no matter what they say and do.

This is a tragedy of epic proportions, first and foremost for the American Jewish community but really for America as a whole and for the Jewish people as a whole. 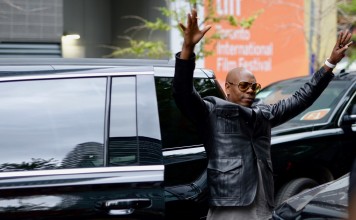 Cancel Culture is NO Laughing Matter 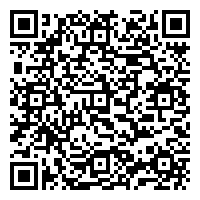