Police released the security camera footage from the terror attack in the Old City of Jerusalem, that happened on Wednesday afternoon.

In the video, the 16-year-old terrorist can be seen attacking the Border Policeman from behind with a knife, and then the two policemen struggling to contain the armed attacker. After which, Rabbi Aviv Tzobari, the Rosh Yeshiva of Ateret Cohanim can be seen shooting the terrorist.


On of the policemen was moderately wounded, the other, lightly wounded in the terror attack. 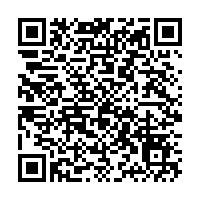