Members of both the coalition and the opposition leveled harsh criticism on Tuesday at the government’s conduct regarding the rehabilitation of Sderot and communities located near the Gaza Strip. During a meeting of the Knesset Finance Committee it was revealed that the government’s decision from 2014 to rehabilitate the communities has not been implemented, and the budgets that have recently been transferred to the relevant ministries towards this end have yet to be used.

Attorney David Rotenberg, legal adviser to the Tax Authority’s Compensation Fund, said, “After examining the issue the finance minister reached the conclusion that the businesses are losing money and that accelerated depreciation won’t help.” The MKs were shocked by the remark, which indicated that the finance minister and his advisers had decided, on their own, to cancel the government’s decision without even notifying the Knesset.


Turning to the government representatives, Finance Committee Chairman MK Moshe Gafni (United Torah Judaism) said, “The picture that is being presented from your answers is of conduct that suits a banana republic, where the government decides something, but a minister decides on his own to cancel or change the decision, and where the clerks are unable to implement what was agreed upon, although the funds have already been transferred to their care.”

MK Haim Jelin (Yesh Atid), who initiated the discussion along with MK Yoseph Yonah (Zionist Camp), confirmed that the government’s decision to set accelerated depreciation rates for machinery and equipment purchased by factories and businesses in the Gaza vicinity has not been executed, and neither has the decision to expand Route 232, which serves the 850 trucks which transport, each day, materials and goods that are used for the rehabilitation of the Gaza Strip. “This blocks the movement of residents, of school buses and farmers,” he said. “Many accidents occur, and despite the fact that the budget for the road’s expansion has been transferred, nothing is being done on the ground.”

Jelin further noted that the decision to give preference to businesses located in Sderot and Gaza-vicinity communities when competing against overseas suppliers in government tenders, has not been implemented either.

MK Yonah said “this population is on the confrontation line and deals with ongoing security threats. Therefore, the economic burden it carries is heavy. Without tax breaks and without giving the businesses the opportunity to compete fairly, their ability to exist and survive is limited, and the state must become involved, particularly in light of the government’s decision on the matter.”

MK Manuel Trajtenberg (Zionist Camp) said, “There needs to be an address; a minister who will instruct his director general to expand [Route 232], take care of the accelerated depreciation, etc., within a certain time frame. No one is in charge, and that is the problem.”

MK David Bitan (Likud) also addressed the failure to expand Route 232, saying “in the big cities, the tenders are prepared, and once the budget arrives, they are issued. This is a major screw-up. Perhaps we should discuss whether [national road construction comapny] Netivei Israel is capable of doing its job. Maybe it should be split up into a number of companies. It cannot be that there is a budget but the job cannot be performed.” 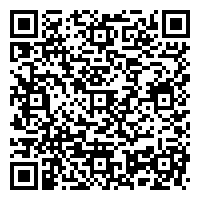