It is not unusual for Jewish or pro-Israel groups to use the holiday of Purim to warn their constituents about the dangers of the modern Persian threat to the Jewish State.

This year, the organization Endowment for Middle East Truth (EMET) is warning America of that danger.


On Wednesday, March 12, EMET released a video warning Americans of the history of the Iranian build-up of nuclear weapons and of its concomitant willingness to misrepresent the truth of its activities to national and international representatives seeking to dissuade the modern Persian leaders from fulfilling what those leaders see as their right.

Sarah Stern, EMET’s founder and president, spoke with The Jewish Press by telephone on Friday morning.

“Purim is very much a holiday in which we look at the masks, but we have to appreciate what lurks behind those masks,” Stern said. “We are drunk on moral relativism all year, but our lives depend on distinguishing between Mordechai and Haman. This Purim we at EMET strip away the mask and help reveal to everyone the true face of Hassan Rouhani.”

EMET wants Americans to be aware of what it calls “the disastrous nature” of the deal with Iran signed this January by the P5+1 nations, including the United States, Russia, China, France, Great Britain and Germany.

“Unfortunately, the six-month interim deal, whose text will not be publicly released by the Obama Administration, will provide Iran with sanctions relief amounting to ‘well more than $20 billion dollars,’ but in return gives little of any real value to the West.”

EMET claims that recent analysis reveals that even if Iran fully complies with its responsibilities under that deal, “its ability to build a nuclear weapon will be delayed for just one month.”

Americans need to take their obligations as citizens of this democratic country and inform their elected representatives in Washington, D.C. that they were elected to protect and defend and respond to their constituents, not to any particular political party or its leader, according to EMET. It is recommending that anyone concerned about the safety of their country contact their representatives in Washington and insist they ensure that Iran is prevented from developing nuclear weapons.

EMET is a Jewish, pro-Israel, non-partisan think tank and policy shop located in Washington, D.C. It is headed by Sarah Stern, who authored an article also released on March 12, “We are Still in the Iranian Crosshairs.”

Here is EMET’s video, “What’s it going to take.” 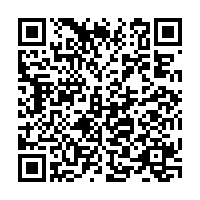