It had been one of the warmest relations between Middle Eastern leaders: Turkey’s Prime Minister Recep Tayyip Erdoğan and Egypt’s President Mohammed Morsi.  Last year, Turkey pledged $2 billion in aid to Egypt whose economy, so dependent on tourism, had been battered by increasing – and realistic – fears of violence and protests.

This past spring, news stories had been floated that Morsi was going to accompany Erdoğan on a trip the Turkish leader has planned to make to Gaza. And last September, Morsi attended Erdoğan’s Justice and Development Party (AKP) congress in Ankara.

And as a loyal good friend, Erdoğan is now sticking up for his fellow Middle Eastern leader.  Erdoğan and his ministers are calling for a “return to democracy,” by which they mean the reinstatement of Morsi as Egypt’s president.

On Thursday, July 4, Turkish Foreign Minister Ahmet Davutoğlu criticized the military intervention in Egypt, saying “Turkey does not accept the removal and detention of elected leaders from power through ‘illegitimate means,'” according to the Turkish newspaper, Hurriyet Daily News.

There are other similarities between the two leaders – both Morsi and Erdoğan moved their respective countries towards increasing Islamization, albeit Erdoğan’s shift has been more of a slow but steady creep away from the secularism of Turkey’s historic leader Mustafa Kemal Ataturk who transformed the former Ottoman Empire into a modern, secular nation, while Morsi’s was more of a mad dash from what was only a fleeting position of potential secularism.

“Leaders who come to power with open and transparent elections reflecting the will of the people can only be removed by elections, that is, the will of the nation,” Dovutoğlu said to reporters in Istanbul, on July 4. Dovutoğlu also spoke on Thursday about the situation in Egypt with U.S. Secretary of State John Kerry. The United States, like Turkey, seemed stunned by the rapidity of Morsi’s fall, and until even the day of Morsi’s removal were still urging the Egyptian people to retain the first elected president in Egypt’s history.

Turkey’s Deputy Prime Minister Bekir Bozdağ said the July 3 military intervention did not reflect the people’s will and urged the country to “return to democracy.” Perhaps none of the reporters had the nerve to ask how to measure the will of the people when millions of Egyptians showed up to demand Morsi’s removal.

“The power change in Egypt was not a result of the will of the people. The change was not in compliance with democracy and law,” Bozdağ said in Ankara. “In all democratic countries, elections are the only way to come to power,” he said.

“Everyone … who believes in democracy should naturally oppose the way this power change happened because a situation that cannot be accepted by democratic people has emerged in Egypt,” said Bozdağ.

Prime Minister Erdoğan cut short his holiday and returned to Turkey on Thursday to discuss the situation in Egypt with his top ministers.

The ruling power that was usurped by unauthorized powers should be given back to the [Egyptian] people. All democratic individuals and institutions across the world should stand against such moves, which have the potential for human rights violations.

Thus far the people of Turkey have not yet made clear their position about the ouster of the Egyptian president, so eyes will be back on Taksim Square to see whether the Turkish opposition is emboldened by the ability of the Egyptian street to topple their leader, and if so, to see how the Turkish government responds. 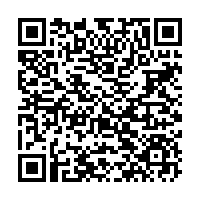