The deputy mayor of Jerusalem, Dov Kalmanovich, is calling for IDF troops to be deployed temporarily in the capital following a major terror attack at the Damascus Gate earlier in the day.

One Border Guard police officer has succumbed to her wounds as a result of the attack; two others are hospitalized. Three terrorists were shot and killed.


Kalmanovich said Wednesday night there has been an escalation in the wave of terror in Jerusalem and recommended placing IDF soldiers at schools and in the Old City.

“A team of Border Police officers was suspicious of several people and sought to make contact with them. A battle then followed in which three terrorists were killed… During initial questioning they were armed with weapons. They had probably planned a complex, combined attack which would have been far more difficult [to deal with.]”

Peled concurred with the deputy mayor’s assessment. “There is no doubt this is a type of escalation,” he said.

Moreover, Peled emphasized that it was likely the terrorists were targeting civilians, rather than police – and that the approach by officers had blocked their access to the intended target.

“We believe the police were not the targets as it was their initiative (to approach),” he said. “I am unable to discuss some of these things because it is under intensive investigation.”

The IDF declared the area around the Palestinian Authority town of Jenin to be a closed military zone. The area was completely sealed off with no one allowed to enter or leave the area until further notice.

Public Security Minister Gilad Erdan thanked the police for their “vigilance and professionalism.” He noted that because of the officers “an attack of a very large scale was prevented. Erdan added a request to the public to “remain on alert.” 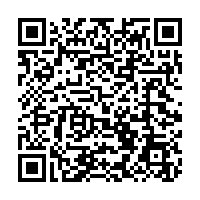