Prime Minister Benjamin Netanyahu met Monday with U.S. Secretary of State Mike Pompeo in what his office called an “important and urgent” meeting. “I want to thank you for everything that you’re doing, for your strong statements on the latest violation by Iran on the ballistic missiles,” Netanyahu said at the start of the meeting.

He also began by taking the time to light Hanukkah candles with Pompeo and to share some sufganiyot (holiday doughnuts).

Prime Minister Benjamin Netanyahu and US Secretary of State @SecPompeo lit the second #hannukah candle together at the start of their meeting this evening in Brussels. pic.twitter.com/uwfUHq3mtK

The two men were to discuss “regional developments” but after the meeting it was clear the agenda was all about Iran — Hezbollah and Iran — Syria and Iran — and Iran.

Upon his departure for the meeting, Netanyahu said he would discuss with Mike Pompeo “the steps we are taking together to block the aggression of Iran and its proxies in the north. Of course we will also discuss other issues.”

Earlier in the day, Netanyahu met with Jerusalem Mayor-elect Moshe Leon ahead of the latter’s assumption of office on Tuesday, and wished him success.

The timing of the meeting was arranged in order to ensure Pompeo will be back in Washington DC in time to attend the funeral this Wednesday of former U.S. President George HW Bush (41), who died Friday night at age 94. 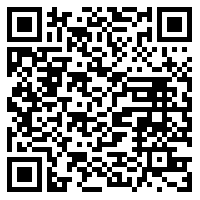