Internal documents published last week by The Guardian show that Arizona has refurbished and tested a gas chamber and purchased hydrogen cyanide (prussic acid), the active ingredient in Zyklon B, the gas that was used by the Nazis to murder Jewish inmates in Auschwitz and the other death camp in Poland.

Arizona officials have not confirmed that the state was preparing the hydrogen cyanide for use in executions.


IFLScience, which monitors quirky, science-related news, explained that pharmaceutical companies have been reluctant to sell lethal doses of drugs that are required for state executions, which is why some states have gone back to the classics: last May, South Carolina brought back firing squads and electrocutions. And Arizona may be bringing back the Auschwitz-style gas chamber.

The last time Arizona executed a felon using lethal cyanide gas was in 1999. It was death row inmate Walter LaGrand, who in 1982, with his brother Karl, bungled an armed bank robbery in Marana, Arizona, killing a man and severely injuring a woman. They were charged and convicted of murder and sentenced to death. But the LaGrands were German nationals, born from a German mother in Germany. As a result, an appeal of the LaGrand sentence was heard by the International Court of Justice (ICJ) which concerned the Vienna Convention on Consular Relations. The ICJ found that the rights contained in the convention could not be denied by the application of domestic legal procedures. The US argued that the ICJ decision was not legally binding. Then the Arizona clemency board recommended a stay to the governor based on the pending ICJ case, but the Governor of Arizona ignored the recommendation. Germany then complained to the ICJ that the US was in violation of international law.

Walter LaGrand took 18 minutes to die in the gas chamber. Then, in 2001, the ICJ ruled in favor of Germany.

Christoph Heubner, executive vice president of the International Auschwitz Committee, told the NY Times on Wednesday that “for Auschwitz survivors, the world will finally come apart at the seams if in any place on this earth the use of Zyklon B in the killing of human beings is considered again. In their eyes, this is a disgraceful act that is unworthy of any democracy and, moreover, insults the victims of the Holocaust.”

I’m not sure I agree. I’d much rather see Zyklon B be put to good use, in the execution of murderers, than be allowed to attain some kind of sanctification as the exclusive poison for Jews.

Martin Weiss, Austria’s ambassador to the US, tweeted that the death penalty was “itself a cruel and unusual punishment. Getting ready to use Zyklon B for executions is just beyond the pale.”

I disagree with his excellency the Austrian ambassador as well. For one thing, the death penalty is the only honest measure for society to show its appreciation for the sanctity of human life. If you intentionally took the life of a fellow human being there should be no atonement for you short of giving up your own life. In fact, there was a bunch of Austrians, not a long time ago, that should have been given a hefty dose of Zyklon B. Some of them may still be around.

I will admit, however, that the Arizona state report as it was cited by The Guardian, was a bit bone-chilling. The document reported that a smoke grenade was detonated inside the gas chamber to verify that it was airtight. The fan and exhaust functions were also tested. A candle was held up to sealed areas and no deflection of the flame was observed. The document concluded that overall, there were no “functionality issues” detected, and the “vessel is operationally ready.” 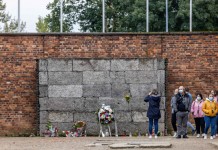 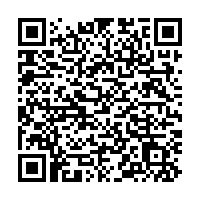