The Anti-Defamation League has called on House Speaker Paul Ryan to censure Rep. Steve King (R-Iowa) and remove him from his committee chairmanships, charging him with anti-Semitism, Mother Jones reported. The leftwing magazine claims it obtained a letter from ADL’s chief executive Jonathan Greenblatt to Speaker Ryan, accusing King of “an extraordinarily disturbing series of involvements and statements by Representative Steve King that are anti-Semitic and offensive not just to the Jewish community, but to all Americans.”

Alan Steckman, president of Adas Israel, and John Pleasants, president of the Ames Jewish Congregation, both in King’s congressional district, on Tuesday wrote a letter to the Des Moines Register, saying, “We are writing from the depths of our grief, in horror at the news of the Tree of Life synagogue massacre in Pittsburgh. We feel we must speak out because our congressional representative, Steve King, is an enthusiastic crusader for the same types of abhorrent beliefs held by the Pittsburgh shooter.”

Rep. Steve Stivers, a Republican from Ohio and the head of the House Republicans’ campaign committee, tweeted on Tuesday: “Congressman Steve King’s recent comments, actions, and retweets are completely inappropriate. We must stand up against white supremacy and hate in all forms, and I strongly condemn this behavior.”

King’s Democratic opponent, J.D. Scholten of Sioux City, heralded an online Monday night poll that showed the challenger just a single point behind King, 45% to 44%, in Iowa’s 4th House district which is as solid red as they come.

King has already lost the financial support of large corporations, such as Land O’Lakes and Purina, which responded to the Congressman’s retweeting the message of a Nazi sympathizer, and endorsing a white nationalist candidate named Faith Goldy for mayor of Toronto.

Congressman King tweeted a response saying, “Americans, all created equal by God, with all our races, ethnicities, and national origins-legal immigrants & natural born citizens, together make up the Shining City on the Hill. These attacks are orchestrated by nasty, desperate, and dishonest fake news. Their ultimate goal is to flip the House and impeach Donald Trump. Establishment Never Trumpers are complicit.”

King is considered an outspoken fiscal and social conservative. After winning the 2002 Republican nomination, he said that he intended to use his seat to “move the political center of gravity in Congress to the right.”

King told a local Iowa news station: “I am effective and they attack the people that are effective. They try to marginalize effective people and they do it through intimidation. This is cyber-bullying that’s going on.”

However, in August 2015, InsideGov named King the least effective member of Congress for his repeated failures to get his bills endorsed by House committees.

W.H. About-Face: No Sovereignty If PA Comes On Board 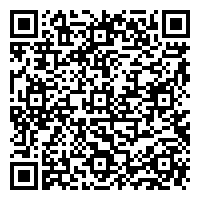