Waters, an avid BDS supporter who has offended even by Vatican with his blatant use of anti-Semitic imagery, is going on a US concert tour starting July 8 in Pittsburgh and ending October 3 in Dallas. Baseball’s official website, MLB.com, is among the organizations sponsoring ticket sales.

“Waters is an avowed anti-Semite whose views on Jews and Israel far exceed the boundaries of civil discourse,” the letter states. “Roger Waters has performed while displaying a large inflatable pig prominently marked with a Star of David. He participates in the discriminatory, anti-Israel Boycott, Divestment, and Sanctions movement and castigates other musicians for performing in Israel. He has blamed ‘the Jewish Lobby’ for intimidating anti-Israel critics like him. And he has falsely labeled the Jewish state a ‘racist apartheid regime’ and claimed Israel is guilty of ‘ethnic cleansing.’

“We conclude by recognizing baseball’s advancement of civil rights by integrating the game in 1947, and wondering why MLB ‘would use its online resources to publicize an individual with an alarming history of anti-Semitic hatred. We call on MLB to cease providing Roger Waters a platform.’”

The MLB for its part said its promotion of the rabid anti-Semite performer’s tour was part of an AEG/Concerts West ad buy for various concert tours, according to the Associated Press. It did not say whether or not it was going to drop the deal.

In August, 2017, Laurie Cardoza-Moore, president of the Tennessee-based Proclaiming Justice to the Nations, called on “all Jews, Christians and people of conscience to protest Roger Waters’ concert” at the Bridgestone Arena in Nashville.

In November 2017, Germany’s ARD network cancelled its scheduled broadcast of Roger Waters’ concerts in Berlin and Cologne “in reaction to anti-Semitism accusations against him.”

In 2018, the Simon Wiesenthal Center counted Waters among the ten worst anti-Semitic phenomena of the year – a year which witnessed the Tree Of Life Synagogue massacre.

“There are few performers whose anti-Israel vitriol matches that of Roger Waters,” the Wiesenthal Center wrote. “Despite his protests to the contrary, the Pink Floyd star has, for years, crossed the line between anti-Zionism and anti-Semitism. 2018 has been a busy year for Waters. Waters told an audience in Berlin that ‘anti-Semitism is obscene,’ but he insists on defining for the victim what anti-Semitism is. For him, the worst anti-Semitic culprits are the Israelis. Waters, whose signature pig adorned with a Star of David floats above his concerts across Europe, continues to pressure fellow entertainers to boycott the Jewish state.” 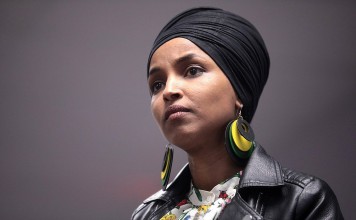 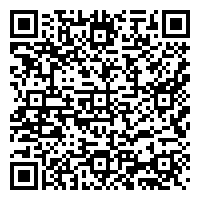