Funerals took place on both sides of the Atlantic on Wednesday, with Jews in tears grieving for the sudden, massive loss to the community that left everyone wondering, “Why?”

In Israel, hundreds of people streamed to the Netanyahu cemetery to accompany the eight members of the Atar family of Psagot to their final resting places. Yariv Atar, 45, worked for a computer company and his wife Shoshi, 47 was a special ed teacher at Keren Or in Jerusalem. Both lost their lives with their six children Tuesday when their minivan was struck by a jeep in a horrific head-on collision on Route 90 along the Dead Sea, between Ein Bokek and Ein Gedi. The Atars were on a family trip in southern Israel at the time of the fatal crash.


(In deference to the family, JewishPress.com will refrain from including further details.)

“A noble family who surrounded everyone around them with their joy, they were people of kindness on an unimaginable level,” said Psagot Rabbi Yosef Weitzen. “We have to search our souls; but to soul-search for eight people – that I don’t know how to do.”

The driver of the jeep that hit them sustained minor wounds in the collision. He is suspected of using prohibited substances prior to getting behind the wheel and has been remanded into custody.

While Jews wept in Netanyahu and Psagot, across the ocean in the United States, their brethren continued to struggle with their tears Wednesday in Pittsburgh, Pennsylvania.

Three more funerals were being held in the city for victims of a vicious antisemite at the Tree of Life synagogue who yelled “All Jews must die!” as he shot 11, wounded six at the congregation last Sabbath.

It was the deadliest attack American Jews in the history of the United States, according to the Anti-Defamation League.

Those who were being laid to rest on Wednesday included 88-year-old Melvin Wax – one of the first members of the Chabad Yeshiva School in the city and who was leading the Sabbath morning services when the killer began his rampage – 75-year-old retired university researcher Joyce Fienberg; and 69-year-old retired real estate agent Irving Younger.

One day earlier, a massive crowd accompanied the synagogue’s two “helpers” – special needs brothers Cecil and David Rosenthal, both in their fifties – as they were laid to rest.

Ignoring a politically-charged attempt by the far-left organization ‘Bend the Arc’ to mix other issues into an already-raw and open wound, President Donald Trump and First Lady Melania Trump arrived in the neighborhood Tuesday.

The president and his wife offered their condolences to the bereaved and to comfort the injured, in particular, expressed their gratitude to the police officers who raced directly towards the flying bullets when it became necessary.

The accused murderer, Robert Bowers, has been remanded into custody without bail; he is charged with 29 felony counts, including hate crimes. If convicted, he could face the death penalty. 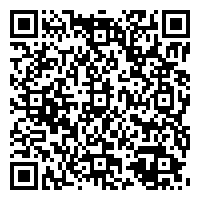