A 21-year-old Ohio native who planned to attack two synagogues in Toledo, Ohio has been arrested on terrorism charges, including one count of attempting to provide material support to the Islamic State terrorist organization.

He was taken into custody this past Friday after he completed the purchase of two AR-15 assault rifles. The announcement was made by Assistant Attorney General for National Security John C. Demers, U.S Attorney Justin E. Herdman for the Northern District of Ohio and Acting Special Agent in Charge Jeff Fortunato of the FBI’s Cleveland Division.


“Damon Joseph was allegedly inspired by ISIS’ call to violence and hate. He planned to attack the victims, based on their religion, at a Toledo-area synagogue in the name of ISIS, and hoped that it would lead to the deaths of many and spread fear,” said Assistant Attorney General Demers. “His alleged actions would be an assault on the liberties and respect for humanity we hold so dear. We will continue to make every effort to prevent such attacks from occurring. I commend the agents, analysts, and prosecutors who identified the threat posed by this defendant and took action to protect the public from his plans.”

“This man spent months planning a violent terrorist attack on behalf of ISIS here in the United States, and eventually targeted a Jewish synagogue in the Toledo area,” said U.S. Attorney Herdman.

“The charges describe a calculated man fueled by an ideology of hatred and intent on killing innocent people. The FBI, our police and Justice Department employees are to be credited for working to stop the defendant before he could act.”

“He ultimately decided to target two Toledo-area synagogues for a mass-casualty attack in the name of ISIS. Joseph will now be accountable in a court of law for his pursuit of a violent act of terrorism upon our fellow citizens attending their desired house of worship.”

According to an FBI affidavit filed in U.S. District Court in Toledo, Ohio, Damon M. Joseph said he “admired” the mass murderer who slaughtered 11 Jews and wounded seven others at the Tree of Life synagogue in the Squirrel Hill neighborhood of Pittsburgh, Pennsylvania in October. “I can see myself carrying out this type of operation inshallah,” Joseph said. “They wouldn’t even expect it in my area.”

Joseph came to the attention of federal authorities earlier this year when he began posting photos of firearms on social media — including one that agents recognized from a distribution by the Islamic State media agency, as well as various messages in support of ISIS. This activity led to multiple interactions between Joseph and undercover FBI agents.

During his communication with undercover agents, Joseph stated his support for ISIS and produced propaganda in support of ISIS recruitment. In September, Joseph made videos that he sent to the undercover agent, hoping they would be used to recruit people to ISIS. He also complained that the mosque he attended was critical of ISIS.

Joseph stated his support for violent attacks and operations. For example, on Oct. 21, Joseph expressed support for “martyrdom operations” and said, “what must be done, must be done” and “there will always be casualties of war.”

On Oct. 30, Joseph and the undercover communicated regarding the mass shooting at a Jewish synagogue in Pittsburgh. Joseph stated: “I admire what the guy did with the shooting actually.” He added: “I can see myself carrying out this type of operation inshallah. They wouldn’t even [an attack] expect in my area…”

Over the next few weeks, Joseph continued stating he wanted to participate in an attack on behalf of ISIS. On Dec. 2 he forwarded a document that laid out his plans for an attack, using the name “Abdullah Ali Yusuf” for himself. In the document, he described plans to attack where the greatest number of people are gathered, inflict the most casualties during the attack and make sure no one escaped.

Joseph then stated that he did not see this necessarily as “a martyrdom operation” as his plan accounted for an escape and potential combat with law enforcement.

On Dec. 4, Joseph stated he was deciding between two synagogues in the area to attack. He stated the choice would depend on “Which one will have the most people, what time and what day. Go big or go home.”

The next day, Joseph met with an undercover FBI agent and discussed conducting a mass shooting at a synagogue. Joseph identified two synagogues he viewed as targets in the greater Toledo area, and discussed the types of weapons he believed would be able to inflict mass casualties.

Joseph made written notes about the firearms he wanted and provided them to the undercover agent, stating he wanted AR 15s, AK 47, Glocks and ammunition.

On Dec. 6, Joseph met with an undercover in the Toledo area and stated it would be ideal to attack two synagogues, but that it was probably more realistic to only attack one. Joseph also stated specifically that he wanted to kill a rabbi.

Also on Dec. 6, Joseph wrote the name and address of the synagogue where the attack was to occur. Joseph stated he had conducted research to determine when the Jewish sabbath was so that more people would be present. Joseph pulled up photographs of the inside of the synagogue and said he wanted the attack to begin in the sanctuary. Joseph told the undercover agent that he would hide two semi-automatic rifles at his house once the undercover purchased them.

Later that day, the undercover agent told Joseph that he purchased rifles for the attack. The two met on Dec. 7 at a predetermined location and Joseph took a black duffel bag containing two semi-automatic rifles, which had been rendered inoperable by law enforcement officers so that they posed no danger to the public. Joseph was then arrested.

If convicted, Joseph faces up to 20 years in prison.

“A charge is merely an allegation, and the defendant is presumed innocent unless and until proven guilty beyond a reasonable doubt in a court of law,” the Justice Department reminded.

The FBI’s Joint Terrorism Task Force, which is comprised of members of the FBI, Homeland Security and Investigations, U.S. Customs and Border Protection, Ohio State Highway Patrol and Toledo Police Department, is leading the ongoing investigation.

The case is being prosecuted by Assistant U.S. Attorney Michelle Baeppler of the Northern District of Ohio, and Trial Attorneys Josh Champagne and Kyle Phillips of the National Security Division’s Counterterrorism Section.

The Anti-Defamation League praised the prompt action of the authorities in thwarting the attack, as did the Secure Community Network (SCN), a national Jewish community initiative.

“We are tremendously grateful to law enforcement at both the federal and local levels for apprehending the suspect, and for working so diligently to prevent terror from hitting our community,” said Jeremy Pappas, ADL Cleveland regional director. “The Jewish community is still grieving following the October attack on the Tree of Life Synagogue in Pittsburgh. We can never let that happen again.” 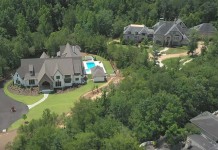 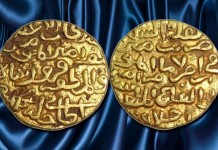 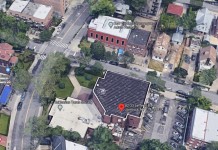 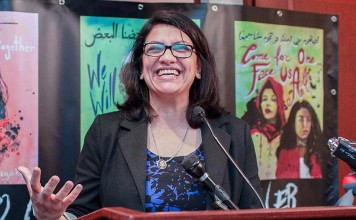