The European Jewish Congress says the latest findings of a survey on anti-Semitism polling 16,000 Jews across 12 European Union member states should serve as a stark wake-up call for leaders of European nations across the continent.

“This report demonstrates an increasingly intolerable level of pressure and abuse that Jews feel in Europe today,” said Dr. Moshe Kantor, president of the EJC.

“They feel that despite European leaders’ commitment to combating antisemitism the situation has not improved, in fact it has deteriorated over the last few years.

“This report should be seen by leaders in Europe as a final warning that words are not enough, and now is a time for action.”

The FRA report shows that anti-Semitism appears to be so deep-rooted in society that regular harassment has become part of normal everyday life.

“Many European Jews are extremely concerned for the future,” Dr. Kantor continued. “They have lost faith in the authorities, in their neighbors and in their national leaders and this has led not only to a crisis in their relations with them, but are wavering between two extreme actions, emigration and cutting themselves off from their Jewish community. 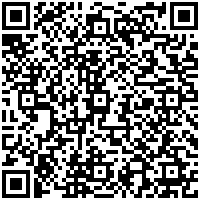