The “Genesis Prize,” known as “the Jewish Nobel Prize,” is awarded each year to a person recognized as an inspiration to future generation of Jews through professional achievement combined with commitment to Jewish values.

This year, the $1,000,000 award was granted to Natalie Portman in recognition of her commitment to social causes and of her deep connection to her Jewish and Israeli roots.


The Jewish actress said she was “deeply touched and humbled” by the award. “I am proud of my Israeli roots and my Jewish heritage. They are crucial parts of who I am,” she declared. She committed to use the prize money to “make a difference in the lives of women in Israel and beyond.”

In 1984, when Natalie Portman was three years old, the family moved to the United States, where her father received his medical training, and Natalie evolved from a child actress into a widely acclaimed star.

In 1999, Portman enrolled at Harvard University to study psychology, alongside her work as an actress; she completed a bachelor’s degree in 2003.

In 2011, she received a Best Actress Academy Award for her work in “Black Swan,” and in 2015, she directed and starred in “Tale of Love and Darkness,” a Hebrew-language film made in Israel based on an Amos Oz novel.

In announcing Natalie Portman as the awardee of the Genesis Prize, the chairman of the prize foundation said, “She exemplifies the core traits of the Jewish character and values of the Jewish people – persistence and hard work, pursuit of excellence, intellectual curiosity, and a heartfelt desire to contribute to make the world a better place.”  He called her a “role model” for millions of young Jews worldwide. The foundation said that a “significant portion” of Portman’s award money would advance women’s welfare in Israel.

Natalie Portman, dual citizen of the USA and Israel, has said that although “I really love the States… my heart’s in Jerusalem. That’s where I feel at home.” 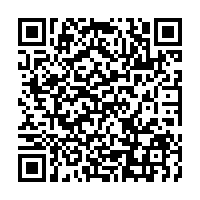