Mike Bloomberg is weighing dropping out on Wednesday, having lost Super Tuesday states where he had spent hundreds of millions in advertising, Politico reported Tuesday night, citing several people familiar with the billionaire politician wannabe’s plans.

So far, Bloomberg has won 44 delegates, which could mean he spent well over $1 million per delegate.

Biden won in Alabama, Virginia, North Carolina, Tennessee, Arkansas, Oklahoma, Minnesota, Massachusetts, and Texas, and at the moment, his delegate win stands at 396.

Sanders won in his home state of Vermont, Colorado, Utah, and, most important, California, but trails Biden in Tuesday’s delegate count, with 316.

With 548 delegates remaining to be counted, as of Wednesday morning, Biden’s delegate count stands at 450, well ahead of Sanders who has 377 delegates. It is becoming clear that both leading candidates will find it difficult to reach the desired 1,991 delegates required for the nomination.

However, in addition to the national delegates, the Democratic party also has super delegates, comprised of party officials across the country, who would vote in a second round at the convention, should no candidate win. And there, Biden will probably own the game, since Sanders is not even a Democrat. 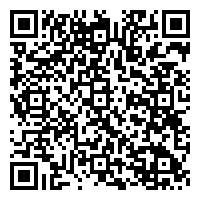