United States aerospace giant Boeing is working to block Israel Aerospace Industries (IAI) from receiving a permit to convert its planes to a tanker configuration for use in refueling Israel Air Force warplanes.

The stance is creating a major obstacle in a plan by IAI to compete in the tender to supply new tankers to the Israeli Air Force, according to the Globes business news site. IAI’s proposal was based on purchasing used Boeing 767 aircraft on the open market, and converting the planes for use as refueling tankers, at a discounted cost of $150 million.


But Boeing is set to deliver the first of 200 of its own new refueling tankers to the Israel Air Force in two months’ time. The rest of the KC-46 tankers, which are also based on the 767, are to be delivered over the next several years, at a cost of $250 to $300 million.

A defense source told Globes that in order to receive the necessary permits, IAI must pay Boeing a fee of $500,000 to $1 million for every Boeing aircraft the Israeli defense firm coverts to a different use. 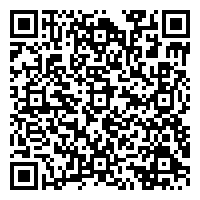