The Trump administration has succeeded in pressuring Volkswagen AG to end almost all of its business in Iran, in compliance with US sanctions, Bloomberg reported Thursday, quoting US Ambassador to Germany Richard Grenell, who led the negotiations with the German giant.

Back in July 2017, Volkswagen announced plans to sell cars in Iran after a 17-year interruption, following the removal of sanctions against trade with the Islamic Republic. According to Bloomberg, the company signed a contract with a local importer to sell the Tiguan compact SUV model, and the Passat at Tehran dealerships. But on Tuesday this week, VW board member Andreas Renschler announced that plans to expand into Iran had been suspended.

“We are pleased with this decision because Iran diverts its economic resources away from its people to spread violence and instability across the globe,” Ambassador Grenell told Bloomberg.

Since the start of 2018, the Iranian rial has “gone through the floor,” depreciating by close to 70%, both because of the US withdrawal from the 2015 Iran nuclear deal, followed by renewed sanctions, as well as by an irresponsible Iranian government money supply policy.

According to The Independent, Iran’s money supply has almost tripled since President Rouhani took office in 2013, and reached an astronomical 16 quadrillion rials in August, 2018.

Bloomberg also reported that European companies such as the oil giant Total, Adidas AG, and Daimler AG, are either planning to scale back their business in Iran or leave the Iranian market altogether.

Meanwhile, India’s Economic Times on Thursday quoted “people familiar with the matter” as saying that India plans to cut its oil purchase from Iran significantly, and, according to the same source, “These payments will be made in rupee by refiners.”

The rupee is Asia’s worst performing currency this year, according to Bloomberg. The Indian coin has been sliding against the US dollar, losing 12% since January.

“Indian Oil Corp, Mangalore Refinery, Petrochemicals (MRPL) and Nayara Energy (formerly Essar Oil) are some of the heaviest Indian importers of Iranian oil that comes with cheaper freight and a longer 60-day credit period,” the newspaper reported, adding, “Indian refiners’ plan to lift Iranian oil in September and October means they would need to pay for these after the sanctions have become effective on November 4.” 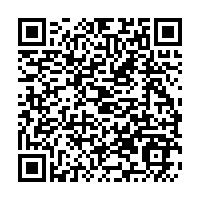