Anti-Israel, Muslim activist Linda Sarsour, was in a group of 20 protesters that was arrested on Tuesday for interrupting the Senate confirmation hearing for Supreme Court nominee Brett Kavanaugh.

Sarsour and the other leftist activists began yelling at the Judiciary Committee’s chairman Chuck Grassley (R-IA) as soon as he opened the hearing, calling on him to adjourn. Sarsour continued to yell at the senators even as Capitol police officers were dragging her and her friends—some still holding their protest signs—from the room.

Linda Sarsour was born in Brooklyn, but both her and her husband’s families came to the US from the town of Al-Bireh, 9 miles north of Jerusalem.

In 2017, Sarsour caused a stir within the leftwing-feminist realm, when she tweeted an attack on Somali-born activist Ayaan Hirsi Ali and Brigitte Gabriel, leader of the lobbying group ACT! for America for calling Islam a misogynistic religion. Sarsour tweeted: “She’s asking 4 an a$$ whippin’. I wish I could take their (female anatomy part) away – they don’t deserve to be women.”

In June 2017, when Sarsour was scheduled to deliver a commencement speech at the City University of New York, Democratic Party state assemblyman in New York Dov Hikind sent Governor Andrew Cuomo a letter signed by 100 Holocaust survivors objecting to her choice as speaker. Hikind shared with the governor Sarsour’s appearance alongside Rasmea Odeh, who was convicted in a bombing that killed two Israeli civilians in 1969.

The CUNY chancellor, the dean of the college, and a group of professors defended her right to speak, as did Jonathan Greenblatt of the Anti-Defamation League.

In 2017, The Independent described Sarsour as “a Palestinian-American Muslim rights campaigner who has spoken in support of the Boycott, Divestment, Sanctions (BDS) action group.” Also in 2017, Sarsour told Haaretz, “I am a critic of the State of Israel. I always will be. I have come out in full support of BDS.”

While no one is doubting the nominee’s qualifications, the Democratic Senators at the Kavanaugh hearing objected to the Republican chairman’s decision to start the hearing despite the fact that the night before the White House had dumped close to 50,000 documents related to the Supreme Court nominee’s career in the GW Bush administration. The Democrats demanded – but were not granted – time to review those documents in order to be able to properly carry out the Senate’s role of advice and consent. 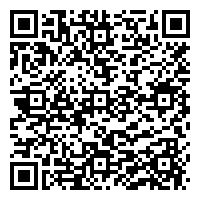