The Jackson (named after President Andrew Jackson) Township Council in Ocean County, New Jersey, on Wednesday night is scheduled to vote on a resolution to permit running an Eruv on local utility poles, NJ.com reported.

The Eruv is an halachic fiction that turns—with several restrictions—an area into a private domain where observant Jews are allowed to carry on Shabbat. The Eruv is a crucial device for the existence of an Orthodox Jewish community, which otherwise would be greatly limited in developing its communal life. In recent years, legal disputes over erecting the Eruv – a near-invisible fishing line most people never notice – have masked efforts by small municipalities on the northeastern seaboard to keep Orthodox Jews from moving in.

The resolution comes months after Agudat Israel of America filed a federal lawsuit against Jackson for its ordinance prohibiting the establishment of an Eruv, as well as voting against the construction of dormitories in the township, which borders the town of Lakewood, a world center of Jewish scholarship and a burgeoning Orthodox community. The proposed dormitories would serve the needs of students attending Orthodox yeshivas in Lakewood.

The Agudah lawsuit claims that “the purpose of each of these ordinances was to target the Orthodox Jewish community, to prevent that community from being able to have the necessary educational institutions to teach their youth, and to discourage the community from residing in Jackson Township and practicing their religion.”

According to NJ.com, Wednesday’s resolution proposes that the town would negotiate with Agudat Israel of America a compromise whereby the Agudah would suspend its litigation in Federal court and the town would open negotiations to allow for the dorms and for an Eruv.

Attorney Roman Storzer, representing Agudah, told NJ.com the resolution “represents a good step forward” and that his clients are “hopeful for a positive resolution to these issues.” 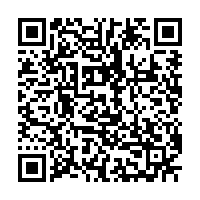