Palestinian Authority Chairman Mahmoud Abbas on Wednesday told the summit of the Organization of Islamic Cooperation (OIC) that because of Israeli violations in the “occupied territories” and Israeli disregard for international law, his side is no longer bound by the 1994 Oslo agreements. And so, instead of waiting for Israel to complete its part in implementing Oslo, Abbas urged the full support of the OIC members for the PA’s quest to become a full member of the United Nations.

Abbas stressed there can be no peace without Jerusalem being the capital of the Palestinian state, and described President Donald Trump’s recognition of Jerusalem as the capital of Israel as a violation of international law and signed agreements. With that, Abbas said, the US disqualified itself from playing the role of mediator in the peace process, and his side will now take its case to the international community.


Abbas then called on the OIC member states to support his nation on 13 distinct points:

1. Limit the foreign relations of OIC members with world countries based on their position on the issue of Jerusalem, specifically with regard to the US declaration.

2. In light of the Jerusalem declaration, it is necessary to take political and economic measures to compel Israel to end its “occupation of the land of the State of Palestine with East Jerusalem as its capital and to implement international humanitarian law.” In other words, commit suicide, ASAP.

3. Demand that the countries of the world review their recognition of the State of Israel.

4. Use past resolutions of the Security Council and all the UN and international organizations to nullify the Trump declaration on Jerusalem.

5. Request a special session of the Human Rights Council to assume its responsibility for Israeli “violations of international humanitarian law.”

6. “We demand to transfer the entire file of the conflict to the United Nations and to establish a new mechanism to adopt a new course to ensure the implementation of the resolutions of international legitimacy and achieving a comprehensive and just peace” without the disqualified US.

7. To warn that the establishment of any diplomatic mission to Israel in Jerusalem is a violation of international law and a clear attack on the Islamic nations.

8. End Israel’s excavations and “settlements” in Jerusalem, and, most importantly, issue “decisive guarantees to stop Israeli violations in Jerusalem and to preserve the historic status quo at Al Aqsa Mosque.”

9. “It is time to call upon the states that believe in a two-state solution to take practical steps toward recognizing the State of Palestine on the 1967 borders with East Jerusalem as its capital.”

11. For instance, “intensify your efforts to achieve full membership for the State of Palestine in the United Nations.”

12. The continuation of Israel’s violations and colonial practices, especially in Jerusalem, exempts us from to the agreements signed with them.

13. Finally, open your purses, fellow Arabs: “…form an international Islamic stand in support of Palestine and holy sites worth one billion dollars.” 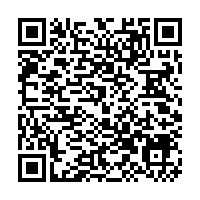