Attorney General William P. Barr and the Democrats on the House Judiciary Committee confronted each other on Tuesday over the federal handling of the nationwide protests, his representation of the findings of Mueller’s Russia investigation, and President Donald Trump’s conduct.

In his prepared opening statement, only part of which he read aloud, Barr accused the House Democrats of demonizing because he failed to see the value of the Russia investigation. He also suggested that federal action was required in Portland, Oregon, since “violent rioters and anarchists have hijacked legitimate protests to wreak senseless havoc and destruction” there.


The committee chairman, Jerrold Nadler (D-NY) attacked Barr, saying: “You have aided and abetted the worst failings of the president,” adding Barr’s behavior is sending a clear message “In this Justice Department, the president’s enemies will be punished and his friends will be protected, no matter the cost to liberty, no matter the cost to justice.”

One Democrat after another employed the tactic of cutting the AG in the middle of offering his answers to their questions, getting their own statements in. To be fair, Barr was doing his share of filibustering, which obviously frustrated the other side.

These combative exchanges led Barr to complain: “This is a hearing. I thought I was the one who was supposed to be heard.” When he was next interrupted, he hissed, “I’m going to answer the damn question.”

Jim Jordan (R- Ohio), the leading Republican on the committee, complained: “I do not think we have ever had a hearing where the witness was not allowed to respond to points made, questions asked, and attacks made.”

Pramila Jayapal (D-Wash), asked Barr, “Do you think it was appropriate at Lafayette Park to pepper spray, tear gas and beat protesters and injure American citizens?” But when the AG would not agree with her facts, she interrupted him like a lawyer in a B courtroom drama: “Mr. Barr, yes or no? I am starting to lose my temper.”

On the issue of Barr’s recommendation of a shorter prison sentence for Roger Stone, an old friend of the president, on seven felony crimes, the AG defended his unprecedented decision to overrule career prosecutors in this case, arguing they were going to punish Stone worse than they would have anyone else in his position.

Last month, one of these federal prosecutors told the Judiciary Committee the Justice Dept. altered the sentencing recommendation for political reasons.

“The prosecutors were trying to advocate for a sentence that was more than twice what anyone else in a similar position had ever served,” Mr. Barr said. “This is a 67-year-old man, first-time offender, no violence, they were trying to put them in jail for seven to nine years. I was not going to advocate that. That is not the rule of law.”

The president has since commuted Stone’s prison. “Let me ask you,” Barr said, “Do you think it is fair for a 67-year-old man to be sent to prison for seven to nine years?”

On the government’s handling of the coronavirus crisis, Barr defended President Trump by blaming “President Obama’s mishandling” of the Centers for Disease Control and Prevention for testing shortages and a “run down” Strategic National Stockpile. But the federal government’s repository of medicines and medicinal products contained more than $7 billion in supplies when Trump took office, and more than 16,660 ventilators were available in February, when the coronavirus pandemic started.

Barr suggested protesters were forcibly removed last month from Lafayette Square near the White House because St. John’s Church “was on fire,” by which he meant there was a small fire in the church basement. Barr also insisted that “no tear gas was used,” contradicting the US Park Police report of “the use of smoke canisters and pepper balls.”

Representative Cedric Richmond (D-Louisiana), asked Barr if he thought the 2020 election would be rigged, and when the AG said he didn’t, Richmond asked if mail-in voting would lead to large scale voter fraud.

“I think there is a high risk that it will,” Barr answered, “If you have wholesale mail-in voting, it increases the risk of fraud.” He did not support his argument with evidence, nor did Richmond argue back. 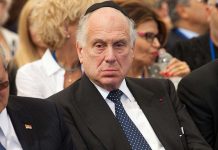 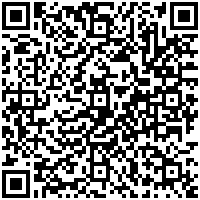