The vote on divestment was 18 in favor, 6 against and 6 abstentions. Earlier in the evening, the SA had also declined to censure Senator Brady Forrest for racist rhetoric against Jewish organizations on campus. A two-thirds vote for censure was required, but only 17 out of 27 chose to do so, which thereby allowed Forrest to vote on divestment against Israel. Nearly all Jewish students walked out of the SA meeting in protest.


“StandWithUs is outraged that the George Washington University (GW) Student Association (SA) voted against holding one of its senators accountable for anti-Semitism. We strongly condemn their subsequent passage of a discriminatory resolution to divest from companies doing business with Israel,” said Tali Edid, president of GW for Israel and a StandWithUs Emerson Fellow.

“We are disappointed with the outcome of the SA’s decision in passing this bill. The SA showed tonight its inability to condemn Antisemitism and proves they don’t have the proper means and knowledge to discuss this topic in the first place,” Edid said.

“StandWithUs applauds Hillel and students at GW for standing up to hate at their campus, in the face of such adversity. We look forward to working with ICC, Hillel International, and our other partners to empower pro-Israel activism at GW and beyond.” 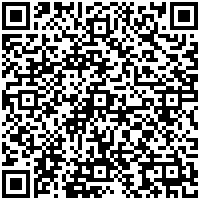