Former New York City Mayor Rudolph Giuliani, now serving as the attorney for U.S. President Donald Trump, says the president is “as committed to regime change as we are” in Iran.

Giuliani made the statement on Saturday while speaking to reporters in Washington after his address to the Iran Freedom Convention for Democracy and Human Rights, hosted by the Organization of Iranian-American Communities.

Speaking about the JCPOA nuclear deal signed in 2015 between Iran and the six world powers led by the United States, Giuliani asked, “What’s going to happen to that agreement?” He then acted out spitting on his notes – as if they were the agreement – and pretended to rip them up. The crowd cheered.

His comments, however, were not necessarily reflective of the Trump administration, nor is Giuliani auditioning for the role of Sarah Huckabee Sanders’ replacement as White House spokesperson.

Giuliani told reporters that he based his comments solely on the already-known positions of Trump, Secretary of State Mike Pompeo and National Security Adviser John Bolton on Iran. He was also careful to make clear that he did not have any inside information from the White House about the president’s decision about the upcoming May 12 deadline on whether to nix, fix or leave the deal in place as is.

But Trump has made no secret of the fact that from the outset he has considered the JCPOA to be a “horrible agreement for the United States” — and that was before Israel’s Prime Minister Benjamin Netanyahu exposed half a ton of detailed plans for an Iranian nuclear weapons program quietly stored away for safekeeping — and certain future use — by Iran in Tehran. That locked-down facility was never revealed by Iran when it came time to share past nuclear technologies and plans for nuclear weapons it had worked on, but the Mossad managed to find it anyway.

Moreover, Iran continues to this day to work hard on developing intercontinental ballistic missiles – the other essential element in its nuclear weapons plan – the delivery system for its nuclear warheads. 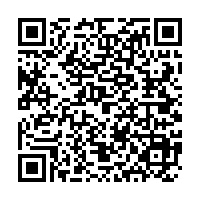