University of Haifa today announced it has received a $10 million donation from well-known American philanthropist, Lorry I. Lokey, for the construction of a new campus that will consist of at least four buildings located throughout the Port of Haifa and the city’s downtown area.

Lokey, the founder of Business Wire, an international media relations service that distributes press releases for thousands of companies—was inspired by University of Haifa’s unique “multiversity” model: a multi-campus institution with locations around Haifa and throughout northern Israel, easing access for students and adding vitality to its city and region, while allowing a wide range of ideas and activities to flourish in a diverse community.


Lokey was born in 1927, in Portland, Oregon, and raised in a Jewish family.

While the Haifa Municipality is generously assisting the University with the acquisition of some of the new campus’s buildings, Lokey’s philanthropy will significantly offset the project’s renovation costs. Further details about the campus and Lokey’s donation will be presented at University of Haifa’s 46th Board of Governors meeting, to be held June 4-7, 2018.

Lokey, a native of Portland, Ore., moved to Northern California after graduating from Stanford University with a degree in journalism, and acquired his knowledge of news wire services as an editor for United Press International. He launched Business Wire in 1961 with seven news releases for 16 media outlets in California; today, it publishes between 500 and 1,000 press releases per day to thousands of news media worldwide.

An early signer of The Giving Pledge—a commitment by the world’s wealthiest individuals and families to dedicate the majority of their wealth to giving back—Lokey has donated more than $800 million— some 98 percent of his lifetime earnings—to various philanthropies, universities and educational institutions, including University of Oregon, Stanford University, Leo Baeck School, Weizmann Institute of Science, and now, University of Haifa.

“University of Haifa is pioneering an important new paradigm for institutions of higher learning through its multiversity, and is infusing new energy into the city, region and entire country,” said Lokey. “While my relationship to the University is relatively new, this gift is an affirmation of its mission to improve access to education and bring more jobs, stability and security to northern Israel by establishing a downtown campus. I invite others to join me in transforming what is becoming one of Israel’s most important universities.”

“It is an honor to work with a philanthropist like Mr. Lokey,” said Karen Berman, CEO of the American Society of the University of Haifa. “He is a true visionary and a pioneer in transformational philanthropy. I am honored by his generosity and incredibly grateful for his investment in our educational model and conviction in our ability to serve as a central force in the prosperity of Haifa and northern Israel.”

“Less than 2 years ago, the University described an aggressive growth plan that included additional Faculties and buildings throughout Haifa and the north; a downtown campus is a key component of that plan.” said Ron Robin, University of Haifa President. “We are grateful to Mr. Lokey for helping us to realize this mission. This latest contribution is indicative of the University’s recent success and I am excited to share the details with the entire community at our upcoming Board of Governors meeting. Through Mr. Lokey’s generosity, we will exponentially increase the University’s regional and national impact.”

The announcement of $10 million in funding for the new campus comes just a few months after the University announced an $18 million donation from the Leona M. and Harry B. Helmsley Charitable Trust to begin building the 20-story Helmsley Health Discovery Tower in partnership with Rambam Healthcare Campus and Technion. Additionally, University President Ron Robin is overseeing a $10 million commitment to build an artificial intelligence technology center in Haifa in partnership with the Chinese Academy of Sciences. 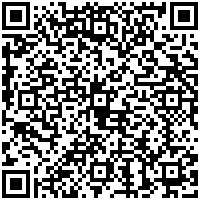