First I must apologize for involving you in a story that has little substance and will most certainly not change or enhance your knowledge and views regarding anything at all. I blame the summer, of course, when people just don’t do much of interest. In Israel it’s called cucumber season; in other countries it is known as the silly season. So, once again, my sincere apologies.

Next: on Tuesday, the US Court of Appeals for the 2nd Circuit ruled that President Donald Trump cannot block his critics from his Twitter account because he disagrees with them.

“The First Amendment does not permit a public official who utilizes a social media account for all manner of official purposes to exclude persons from an otherwise‐open online dialogue because they expressed views with which the official disagrees,” Circuit Judge Barrington D. Parker wrote in an opinion for the court.

I consider myself a free speech maximalist, but even I believe this is an idiotic ruling that should be removed from the books ASAP, or it could destroy the social networks. If the billion plus users (or thousands of politicians) out there cannot stop creepy callers from invading their pages, this would not end well. And it’s certainly not supporting free speech, it supports free vandalism.

Nevertheless, the law of the land is, as of this week, that a public official can’t block comments on their Twitter account.

AOC blocked Hikind a month ago, because he, like the vast majority of the Internet, suggested she was out of her mind for calling the immigration detention centers along the southern border “concentration camps.” If you ask me, this was not the worst use of the memory of the Holocaust to further political goals, but I already confessed to being a free speech maximalist, so what do I know.

Like Hikind, I probably see the AOC call as being on the vulgar and insensitive side, in case you were planning to say things about my mother in the comments section. I also believe that in online debates, the first one to mention the Holocaust loses by default. So that’s two strikes against AOC.

Onward: Hikind’s suit referenced the recent disaster handed down by the US appeals court – which happened just hours before he filed his own lawsuit in Brooklyn’s federal court. Hikind argued that AOC is violating the US constitution by blocking him, just like Trump.

“This very practice has been litigated with regard to President Donald Trump blocking individuals on Twitter, and has recently been found unconstitutional,” Hikind’s suit argued.

By the way, Hikind’s blocked twitter comment on AOC’s account left much to be desired grammatically. He wrote: “AOC desecrates the memories of six million Jews who were brutally murdered all in the name of disingenuous political calculations!”

Which makes it read as if the whole 1942 Wannsee conference was a ploy to get Hitler reelected. 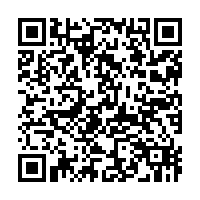