US warplanes on Thursday night struck five targets in southern Iraq, in retaliation against the pro-Iran Iraqi militia Kataib Hezbollah which on Wednesday launched a rocket attack that killed two American and one British soldiers. Kataib Hezbollah reportedly fired 30 rockets at the Camp Taji base, about 15 miles north of Baghdad, and half of them hit their target.

But the management of the Imam Hussein shrine in the holy Shia Muslim city of Kerbala said on Friday that the air strike had hit the Kerbala international airport—an Iraqi civilian airport which is under construction—killing a civilian worker.

“This airport is completely civilian and its construction is overseen by the Imam Huessin Holy Shrine in agreement with several Iraqi companies and by Iraqi civilian workers,” the shrine said in a press release, adding: “The Imam Hussein Holy Shrine condemns this unjustified and blatant assault.”

A US Defense Department official told the NY Times the air strikes were designed to be punishing but not so harsh that they would escalate the conflict with Iran. Another official stressed that the attack was carried out at night in order to minimize civilian casualties.

The Kataib Hezbollah group on Thursday boasted that their attack had been “a precision jihadi operation,” hinting that they were planning an increase in operations against the US army in Iraq. Kataib Hezbollah was behind last December’s rocket strike that killed an American contractor, which the US responded to by killing Qasem Soleimani and nearly starting a war with Iran. 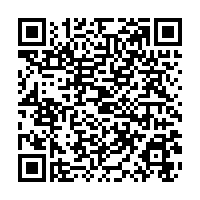