IsraAID natural disaster assistance teams are being dispatched to help communities in Florida that were hard-hit by Hurricane Michael last week. At least six people were killed, with the death toll expected to rise. Thousands were evacuated from their homes, with entire towns wiped out along the shore.

“The hurricane has damaged and destroyed houses, hospitals, roads and water systems across the Florida panhandle, which is dotted with small coastal communities. IsraAID’s emergency response team will work to return affected people to their homes,” the organization said in a statement on its website.

Emergency response operations are already in action in North Carolina, the Philippines and Indonesia.

In North Carolina, multiple communities are still digging their way out from under the damage of Hurricane Florence, which was extensive.

In the Philippines, typhoon victims are in desperate need of assistance as well; as are victims of the recent tsunami that overwhelmed numerous communities in the nation of Indonesia, where at least 1,200 lost their lives.

IsraAID has already sent a team to Philippines, and is preparing to send another to Indonesia as well.

In the United States, IsraAID is coordinating with volunteers from the California-based Team Rubicon organization, comprised of military veterans who team with first responders. Additional volunteers from Jewish communities around the U.S. and Canada will be added to those teams, according to Yotam Polizer and Navonel Glick, IsraAID co-CEOs.

“Our thoughts turn again towards the southeastern United States, as towns and cities in northwest Florida have suffered large-scale, catastrophic damage at the hands of Hurricane Michael,” they said.

“IsraAID currently has a team in North Carolina, assisting in the recovery and reconstruction of communities struck by Hurricane Florence, and we are preparing to send a team to the worst-affected area in the Florida panhandle as soon as possible.

“This will be the second time in just over a year that we have responded to an emergency in the state, after Hurricane Irma hit last September. Our team will remain in the area to help people affected by this devastating storm for as long as we are needed.” 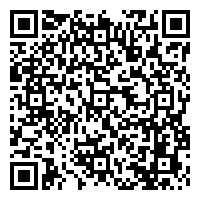