Shirit Avitan Cohen, political reporter for Makor Rishon, on Monday tweeted that a sizeable group of former MKs and former Israeli ambassadors sent a letter to members of the Democratic Party ahead of the vote on its platform, calling for changes that include opposition to the annexation (we wish sovereignty was being applied – DI) and the Trump plan; opposition to the “occupation,” and, of course, support for a Palestinian state with its capital in divided Jerusalem.

The DNC platform committee met remotely on Monday afternoon to approve a lengthy policy platform that balances the interests of the moderate and progressive factions. The draft document released last week endorses universal health care, with a promise of low- or no-cost coverage for every American. It also calls for a $15 minimum wage, mandatory paid family leave, tougher federal gun control, and significant changes to federal sentencing guidelines and drug laws.


So, to be frank, the DNC, like the rest of the country, has more important things on its agenda than the two-state solution.

Nevertheless, the letter, signed by the usual suspects, most of them leftist hacks who suckled on the country’s teat throughout their careers only to turn on their country, tries to enlist the support of the DNC—a foreign entity, mind you—in their shenanigans.

We dug up the DNC’s 2020 platform, so you won’t have to, and plugged in “Israel.” We came up with three paragraphs:

Democrats will also address the detrimental role Iran plays in the region and will robustly enforce and, if necessary, strengthen non-nuclear sanctions. Iran is the leading state sponsor of terrorism. It violates the human rights of its population, denies the Holocaust, vows to eliminate Israel, and has its fingerprints on almost every conflict in the Middle East. Democrats will push back against Iran’s destabilizing activities including its support for terrorist groups like Hamas and Hezbollah, counter Iran’s ballistic missile program, bolster the capabilities of our Gulf partners, and ensure that Israel always has the ability to defend itself. Finally, Democrats recognize that the Iranian people seek a brighter future for their country and greater engagement with the international community. We will embrace opportunities for cultural, academic and other exchanges with the Iranian people.

In the Middle East, Democrats will push for more inclusive governance in Iraq and Syria that respects the equal rights of all citizens; provide support and security for Lebanon and Jordan, two countries that are hosting a disproportionate number of refugees; maintain our robust security cooperation with Gulf countries; and stand by the people of the region as they seek greater economic opportunity and freedom. A strong and secure Israel is vital to the United States because we share overarching strategic interests and the common values of democracy, equality, tolerance, and pluralism. That is why we will always support Israel’s right to defend itself, including by retaining its qualitative military edge, and oppose any effort to delegitimize Israel, including at the United Nations or through the Boycott, Divestment, and Sanctions Movement.

We will continue to work toward a two-state solution of the Israeli-Palestinian conflict negotiated directly by the parties that guarantees Israel’s future as a secure and democratic Jewish state with recognized borders and provides the Palestinians with independence, sovereignty, and dignity. While Jerusalem is a matter for final status negotiations, it should remain the capital of Israel, an undivided city accessible to people of all faiths. Israelis deserve security, recognition, and a normal life free from terror and incitement. Palestinians should be free to govern themselves in their own viable state, in peace and dignity.

That’s it. Which is not good enough for the usual suspects, who want to interject into the platform a DNC condemnation of the “occupation,” as if the Democratic party is not bleeding enough suburban Jewish votes as it is.

On the eve of Tisha B’Av this is actually good news, as it fits the verse (Isaiah 49:17): “Swiftly your children are coming; Those who ravaged and ruined you shall leave you.” 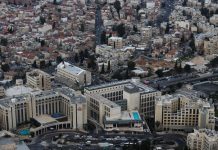 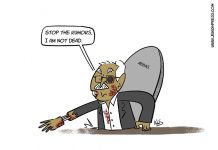 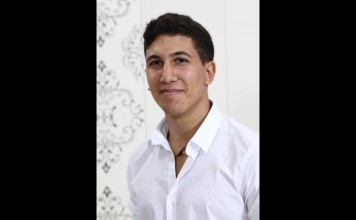 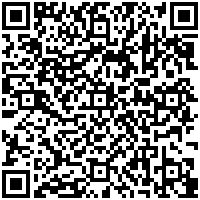