On Monday, Israel’s Prime Minister’s Office and the United States Agency for International Development (USAID) are slated to sign an agreement which is expected to create numerous business opportunities for Israeli companies interested in promoting energy projects in African countries. Prime Minister Benjamin Netanyahu will attend the signing ceremony, at the King David Hotel in Jerusalem.

Prime Minister’s Office Director-General Eli Groner and Power Africa Initiative Director Andrew Herscowitz will sign the agreement, and, immediately thereafter, a business seminar will commence, presenting opportunities and tools which will be provided to Israeli companies, as well as success stories and recommendations from the initiative participants.

Two out of every three people in sub-Saharan Africa lack access to electricity. In 2013, Power Africa was launched, bringing together technical and legal experts, the private sector, and governments from around the world to work in partnership to increase the number of people with access to power. This ambitious endeavor will add more than 30,000 megawatts (MW) of cleaner, more efficient electricity-generation capacity, connecting 60 million new homes and businesses to electric power.

Israeli companies will now be able to take part in the Power Africa initiative and will receive a diverse toolbox to promote power generation projects and to connect consumers across the continent. Among other things, the companies’ accessibility to government agencies will increase, financial grants will be offered, ties with financing entities will be advanced, professional and legal counsel will be provided, and feasibility surveys will be conducted. 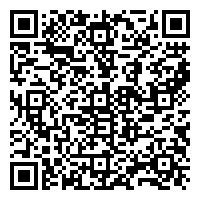