Perhaps the folks at J Street have a different understanding of the term “pro-Israel,” believing it means “attack Israel blindly at every opportunity to align with the worst left-wing enemies of the Jewish State.” That would explain the group’s announcement on Tuesday that “as a pro-Israel, pro-peace organization that strongly supports the US-Israel relationship, we find it deeply disappointing that leaders of the outgoing Israeli government have already stated that they will refuse to cooperate with the US investigation.”

For the record, there is no official investigation yet, but this confused stepbrother of the vile, often antisemitic Jewish Voice for Peace, was referring to an Axios report citing Israeli officials that the FBI has opened an investigation of the death of Arab American journalist Shireen Abu Akleh, who was killed in May when she was covering an IDF raid on terrorists in Jenin (Democrats Pressure FBI to Investigate Shireen Abu Akleh’s Death, Gantz Shows Unexpected Backbone).


Defense Minister Benny Gantz reacted with a tough tweet: “The decision of the US Department of Justice to investigate the unfortunate death of Shireen Abu Akleh is a grave mistake. The IDF conducted an independent and professional investigation, which was presented to the Americans who shared the details.”

To which our Jewish brothers and sisters at J Street responded: “While outgoing Defense Minister Gantz has claimed that this investigation constitutes ‘interference in Israel’s internal affairs,’ in reality there is nothing ‘internal’ about the death of a Palestinian-American journalist reporting in the occupied Palestinian territory.”

It’s a cogent argument, and yours truly would agree that the cowardice of every Israeli government since 1967 regarding the annexation of Judea and Samaria has led directly to this point where its judicial sovereignty there is being challenged by its greatest ally, the US. But it’s the kind of argument one expects from a dedicated adversary, not a group calling itself “pro-Israel, pro-peace.”

Abu Akleh was killed, probably by an Israeli soldier, during an IDF raid on Arab terrorists in Jenin. Regardless of what one might think about the legitimacy of Israel’s rule in Judea and Samaria, at present, the IDF is ridding the area of armed murderers who are supported by the worst elements on the planet. The IDF is the sovereign in most of the “west bank,” and as such has run a thorough investigation, with direct American involvement, of the journalist’s death. Saying the IDF should not be trusted to conduct a fair and trustworthy investigation is to invalidate not the “occupation,” but the entire Israeli military apparatus. You can do it, but you can’t also claim to be “pro-Israel, pro-peace.” You are most definitely anti-Israel, and by challenging the IDF’s authority to fight terrorism you are also not pro-peace.

J Street concluded its attack, saying: “As an extremely close US ally and major beneficiary of US assistance, Israeli authorities should be open to doing everything they can to fully resolve the killing of a US citizen in territory in which Israel is the occupying power, and to hold those responsible for her death accountable.”

Every time some American blowhard brings up the US assistance to Israel, I become more convinced that it’s time to give it up. Israel receives $3.8 billion a year in military aid from the US – the vast majority of which remains in the US, paying the salaries of American workers in American manufacturing plants. If Israel drops the aid tomorrow, Long Island, NY, and Washington State would drop into a deep recession. In 2021, Israel’s GDP was $481.6 billion. It could afford to shed American support. It could certainly make up for it with military equipment and hi-tech sales to China, which the US is banning at the moment. The US would also have to look for another safe harbor for the Sixth Fleet in the Mediterranean. Perhaps seek shelter in peaceful Beirut?

The massive US aid to Israel (and Egypt) began with the 1978 Camp David agreement. Israel gave up a crucial component of its defense strategy – the Sinai, which comprised two-thirds of its territory at the time. Its air force was shut out of its expansive training area, as did its armored corps. The aid was intended to help Israel deal with those restrictions and create alternative means of defending itself. It worked. But if every American Tom Dick and Shloimy wants to rub Israel’s face in it, maybe it’s time to let them keep their money. Israel would manage, thank you very much. America – not so sure. 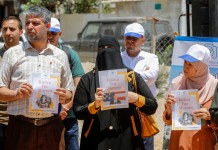 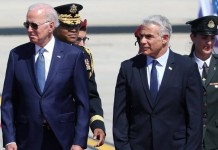 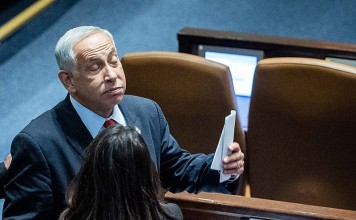