Two and a half months after the inauguration of the American Embassy in Jerusalem, on Thursday night, Kan, Israel’s Public Broadcasting Corporation, revealed that the compound will undergo a substantial expansion. The news follows a period of speculation as to the real future status of the Jerusalem embassy, including whether Ambassador David Friedman would actually work there and hold meetings, and exactly how many embassy staff would work at the capital.

According to Kan, a subcommittee of the Jerusalem municipality has approved a plan to expand the US Embassy in Jerusalem, with additions of office space, entrance arrangements, and additional service areas – changes that will expand the work and activity areas of the Embassy and allow more US employees to operate from Jerusalem.

The total expansion area is 7,535 square feet, half for an underground space for service areas and offices, and half to expand the existing ground floor to create office spaces.

Jerusalem Mayor Nir Barkat said the move was “another step towards establishing the status of the embassy in the capital of Israel,” which, he suggested, “will strengthen the connection between Israel and the US, and sustain President Trump’s historic decision.”

Another official at the Jerusalem municipality told Kan that this was only the first stage of the embassy’s expansion, revealing that the Americans are constantly planning and thinking about the next step and even more extensive construction. 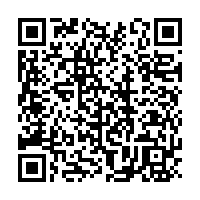