Prime Minister Benjamin Netanyahu is facing a diplomatic dilemma with the planned arrival next month of two anti-Israel legislators from the United States next month.

Democratic U.S. Representatives Ilhan Omar and Rashida Tlaib told the Jewish Insider they plan to visit Israel and the Palestinian Authority-controlled areas of Judea and Samaria “in a few weeks.”


But Israeli law empowers the government to prohibit entry to those who support a boycott of the Jewish State, as both legislators have done, leaving the question of whether or not to permit Omar and/or Tlaib to visit entirely up to the discretion of the prime minister.

The question is likely to be discussed between Netanyahu, the Foreign Ministry and officials at the Ministries of Interior and Strategic Affairs. However, due to the sensitivity of the issue, the ultimate decision will still be left to Netanyahu, who must determine whether the political gain will outweigh any political fallout created by allowing the two lawmakers into the country, where they are likely to attempt to create at least some form of anti-Israel spectacle.

Earlier this week Omar formally introduced a resolution supporting the international Boycott, Divest and Sanctions campaign against the State of Israel, comparing it to boycotts of Nazi Germany and the Soviet Union.

The resolution affirmed “that all Americans have the right to participate in boycotts in pursuit of civil and human rights at home and abroad, as protected by the First Amendment to the Constitution.”

“Americans of conscience have a proud history of participating in boycotts to advocate for human rights abroad including … boycotting Nazi Germany from March 1933 to October 1941 in response to the dehumanization of the Jewish people in the lead-up to the Holocaust.”

The legislation, co-sponsored by Tlaib and Rep. John Lewis (D-GA), “urges Congress, States and civil rights leaders from all communities to endeavor to preserve the freedom of advocacy for all by opposing anti-boycott resolutions and legislation.”

U.S. Rep. Lee Zeldin (R-NY) followed Omar at the podium and urged his fellow lawmakers not to deny their “duty to be honest brokers… To oppose Resolution 246 and to say that everything is due to the Israeli occupation? Why not mention that in 2008, Israel had offered to withdraw from 93% of Judea and Samaria? Or what about our students in colleges from coast to coast, being attacked with blunt antisemitism in the name of BDS?

“Don’t come to this committee and to this Congress and start blaming Israel for all of the violence that is happening to it. That’s not honest, to accuse Israel for everything that it is suffering from.”

In May 2018, Israel blocked two American “human rights activists” from entering the country because they were linked to the BDS campaign against Israel.

In January 2018, the Ministry for Strategic Affairs published a list of organizations whose activists are not permitted to enter Israel due to their support for the boycott against the Jewish State. Among those on the list are organizations in Europe and the United States, as well as a group from Latin America, another from South Africa and one international organization. 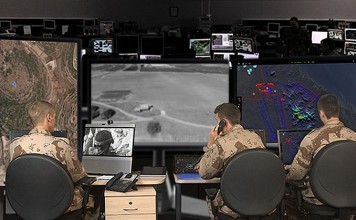 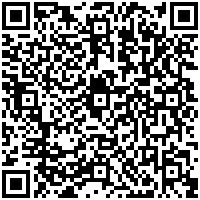