In recent months, Israel has been the center of attention of international aircraft manufacturers: Lockheed Martin, Boeing, Airbus, and the local aerospace industry IAI They are all salivating for a share in the huge procurement program of the Israeli Air Force which is currently being discussed by Israel’s security apparatus and is expected to reach billions of dollars over the next ten years, The Marker reported.


Lockheed Martin’s CEO is Brigadier General (Res.) Yehoshua Shani, who could rely on his personal acquaintance with Prime Minister Netanyahu, in light of the fact that he was the pilot who flew the PM’s late brother, Yoni Netanyahu, in the Entebbe operation.

However, despite Shani’s assets and despite Lockheed Martin CEO Marilyn Yosson May visit to Israel, it appears that the big winner in this unusually large procurement plan will be Boeing, both in fighter jets and of refueling planes.

Israel Hayom reported Sunday that the Israeli Air Force is currently in negotiations with Boeing regarding a deal with a potential value of up to $11 billion, the IAF’s largest-ever acquisition, to include a squadron of F-15 jets with upgraded stealth features, a squadron of transport helicopters and KC-46 tanker aircraft.

According to the same report, the IAF’s outdated CH-53 Sea Stallions is slated to be replaced by CH-47 Chinooks and V-22 Ospreys.

All the purchase will be funded with the annual $3.8 billion in US military aid, over the next ten years. The F-15s acquisition would mark the first Boeing fighter jet purchase by the IAF in 20 years. Over the past two decades, Israel has bought 100 F-16s and 50 F-35s from Lockheed Martin.

According to The Marker, in helicopters the choice is not as clear, and the decision could be made based on Boeing’s decision to offer a package deal that would include its helicopters at a reduced price.

The Marker quoted a source close to the process, who claimed the IAF has already decided in favor of Boeing and the only thing that could alter the professional echelon’s inclination would be an unlikely, heavy intervention by the political echelon.

If Boeing wins the tender, it would mark a significant achievement for former Air Force commander David Ivri, who represents Boeing in Israel. 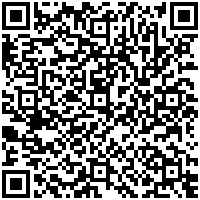