The source said that the coordination between all parties is strong, despite what is depicted in the media as a diplomatic crisis in relations between the countries, and especially between Israel and Jordan.

The visit by Ministers Benny Gantz, Yair Lapid, and Omer Barlev to Jordan and parallel meetings with the Palestinian Authority in recent weeks, “designed to coordinate the month of Ramadan and religious events, especially around the Al-Aqsa Mosque, have led to significant understandings between the parties and to a lax Israeli policy,” the source said.

He said that “the coordination is still going on and in full force and there is no room to talk about an acute diplomatic crisis between Israel and the Arabs following the violent events.”

“In the eyes of the Palestinians and the Jordanians, this is the most comfortable Israeli government in many years and the wave of condemnation of Israel is nothing but a political show, designed to dismantle the wave of religious protest and public criticism of Israel on the Arab streets,” he explained.

He further said that “the Jordanian protest was intended to appease the feelings of the street and to respond to the great anger towards Israel, in the face of the harsh scenes that were broadcast from the mosques. This is a Middle Eastern theater,” the PA official said. “The Jordanian prime minister, who spoke in praise of the stone-throwers in the mosques, and who spoke on behalf of the Jordanian palace, was reprimanded by the palace.”

“This is a diplomacy that adapts itself to the difficult situation on the street,” the Arab source said. “Jordan is defending itself against the opposition while the Palestinian Authority is trying to align itself with the blatant statements by Islamic organizations,” he said. 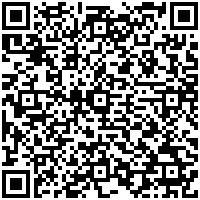