The top five executives at the biotech company Moderna, including its Chief Medical Officer Dr. Tal Zaks, who received his medical degree from Ben Gurion University in Beer Sheva, have sold more than $89 million of company stock this year, after the company’s shares had taken off in response to its report of developing a successful coronavirus vaccine, Stat News reported Wednesday.

In response to the revelation, Moderna shares sank below $50 in Wednesday morning’s trading.


Moderna is an American biotech company focused on drug discovery and drug development based exclusively on messenger RNA (mRNA).

In January 2020, Moderna announced its development of a vaccine to inhibit COVID-19 coronavirus, competing against several other biotechnology companies, including a few Israeli contenders. Moderna’s technology utilizes a messenger RNA compound named mRNA-1273 which may inhibit the virus. Following the January announcement, Moderna’s shares rose dramatically.

In March 2020, CNN reported on a meeting in the White House where Moderna CEO Stéphane Bancel told President Donald Trump that Moderna could have a vaccine ready in a few months. Moderna received $483 million in funding from the Trump Administration, even as CNN was reporting that physician and immunologist Dr. Anthony Fauci, director of the National Institute of Allergy and Infectious Diseases, spoke at the same meeting about the problems with unproven technologies. In April 2020, Trump appointed Moderna board member Moncef Slaoui to manage “Operation Warp Speed,” a Federal public–private partnership to facilitate and accelerate the development, manufacturing, and distribution of COVID-19 vaccines, therapeutics, and diagnostics.

Morgan Stanley’s analyst Matthew Harrison proclaimed a 65% chance of success for Moderna’s Covid-19 vaccine – mRNA-1273, based on partial results from eight initial trial patients, Forbes reported Wednesday. Meanwhile, according to Forbes, on Wednesday, Moderna revealed a wave of insider selling over the previous two weeks. Bancel himself has sold 165,462 Moderna shares since April 6, according to Forbes.

We shouldn’t scoff at a cure with a 65% chance to do away with a planetary plague, but if the promised cure is around the corner, why are the company’s top executives selling their shares (which is not illegal), especially since the company is planning to raise $1.25 billion in a stock offering?

Stat News’ Damian Garde asked bluntly on Wednesday: “If Moderna’s early-stage vaccine can one day prevent coronavirus infection and the company’s best days lay ahead, why are insiders selling?”

Moderna’s hopes for a meteoric rise out of the field of competitors for the coronavirus cure were cooled after a Stat News report on Tuesday that focused on one volunteer in its research program, Ian Haydon, 29, from Seattle: “Twelve hours after receiving his second dose, he developed a fever of more than 103 degrees, sought medical attention, and, after being released from an urgent care facility, fainted in his home. He recovered within a day.”

“As we rush to get a vaccine developed as quickly as possible, the reality of vaccine development is that it can only be rushed so much and the trial still needs to take place,” Haydon said later.

Four out of 45 volunteers in the Moderna study, including Haydon, experienced side effects that were severe but not immediately life-threatening.

According to Stat News, Dr. Tal Zaks began dumping 10,000 shares a week in late February, just before Moderna’s announcement that it was starting human testing. As Moderna’s share price soared from $18 to $50, Zaks liquidated his entire stash of 100,000 shares, taking in $3.4 million. He then exercised his options and sold 250,000 shares which he purchased at $12.21 per share – for an average price of $67 a share. Dr. Zaks’s overall profits from his 2020 trades have topped $18 million – and now he is tapped out of Moderna shares. 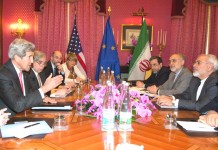 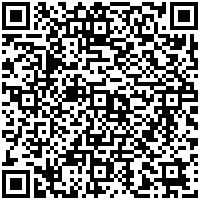