Prime Minister Benjamin Netanyahu said in his opening remarks to the weekly government cabinet meeting Sunday the “honor is ours” that U.S. President Donald Trump chose to come to Jerusalem, and to the State of Israel on his first trip abroad.

But the prime minister did not go into detail over the agenda for his meeting with the American president, perhaps because that get-together is only going to last a grand total of 45 minutes at best before the two men are joined by their wives for dinner.


“U.S. President Donald Trump and his wife Melania will arrive tomorrow on an historic visit to the State of Israel. Senior administration and White House officials will arrive together with them,” Netanyahu said.

“This is President Trump’s first visit outside the U.S., and the honor is ours that he has chosen to come to Jerusalem, the capital of Israel, and – of course – to the State of Israel,” he continued.

“I will discuss with President Trump ways to strengthen even further the first and strongest alliance with the U.S. We will strengthen security ties, which are strengthening daily, and we will also discuss ways to advance peace.”

President Trump arrives Monday after having been lavishly entertained, wined and dined by the royal House of Saud in Riyadh, and where he responded accordingly.

While Israel is rich in the spiritual treasures replete in Jerusalem of Gold, the nation nevertheless is not yet blessed with the material budget of Saudi Arabia. 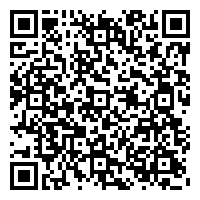