North Korea has fired another ballistic missile towards the Sea of Japan, where it apparently landed, according to numerous media reports.

South Korean Joint Chiefs of Staff confirmed the report, according to CNN.

“Our military is closely monitoring North Korea and is maintaining readiness posture,” South Korean officials said in a statement.

According to a White House official the projectile was a Pukguksong-2, a medium long-range ballistic missile tested by Pyongyang in February, the first such test by North Korea after the inauguration of U.S. President Donald Trump.

It flew about 500 kilometers (more than 300 miles), according to the report.

On Saturday, North Korea’s state KCNA news agency claimed, “Today the U.S. mainland and the Pacific operational theater are within the strike range of the DPRK and the DPRK has all kinds of powerful means for annihilating retaliatory strike.”

The launch from a location near Pukchang came just one week after its latest missile test of the Hwasong-12, its longest-range missile thus far and the tenth launch this year.

North Korea is racing to develop an intercontinental ballistic missile (ICBM) that will deliver a nuclear-tipped warhead to the continental United States – its long-avowed goal – and something President Trump has promised not to allow.

Last week former CIA analyst Fred Fleitz, now a senior vice president for policy and programs with the Center for Sescurity Policy told CNBC that Iran is continuing to help North Korea with its weapons technology, as was seen in Sunday’s intermediate ballistic missile test, which appeared to have been a new model capable of reaching U.S. military bases on Guam.

Fleitz told CNBC that last week’s test showed that Pyongyang is developing great proficiency with re-entry technology that is needed for longer-range missiles carrying nuclear warheads, which must withstand extreme temperatures and other stressors, such as the atmospheric re-entry of an ICBM.

The analyst also said there’s “pretty credible information” that North Korea is receiving help with its missile program from Iran. “It’s going in both directions,” he told CNBC, adding there’s been “substantial collaboration between the Iranians and the North Koreans.”

Iran has vowed on numerous occasions to wipe Israel “off the map.” 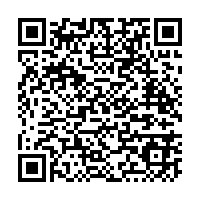