Starting in December, on the first work day of the month teenagers on the island state of Hawaii will hear something they have never before heard in their lifetimes — the 60-second wail of an air raid siren blaring across their community. The siren will sound at more than 400 locations across Hawaii, a monthly event that had finally ceased with the end of the Cold War in the mid-1990s.

Emergency management officials in the state reactivated the practice due to what appears to be a real and present threat of attack from North Korea.


A new launch of an intercontinental ballistic missile (ICBM) by North Korea on Tuesday — one that appears to have the potential of reaching Washington DC, according to military analysts — renewed concerns that Pyongyang’s progress is galloping ahead towards achieving an ICBM capable of delivering a nuclear warhead to the United States.

In Israel, concerns are growing over how much of the North Korean technology is being shared with Iran, and which parts of that technology are being passed on to Iran’s proxies on Israel’s borders: Hezbollah in the north, and the Hamas and Palestinian Islamic Jihad terrorist groups in Gaza which also have affiliates in Judea and Samaria.

“I will only tell you that we will take care of it. We have General [James] Mattis in the room with us and we’ve had a long discussion on it,” U.S. President Trump told reporters in a hastily gathered briefing from the cabinet room at the White House. “It is a situation that we will handle.”

Mattis told reporters that the launch indicates that North Korea wants to threaten “anywhere in the world, basically . . .[and] certainly the U.S.”

The ICBM flew higher than any of the previous projectiles, according to the Pentagon, traveling towards the east approximately 1,000 kilometers (620 miles) and reaching an altitude of 2,800 miles before it landed in the Sea of Japan.

According to Japan’s Defense Ministry, the ICBM landed within the maritime boundaries of Japan’s exclusive economic zone which extends 200 nautical miles from its coast, after a flight of approximately 523 minutes.

“The DPRK’s relentless pursuit of nuclear weapons and the means to deliver them must be reversed,” Tillerson said.

“Together the international community must continue to send a unified message to North Korea that the DPRK must abandon its WMD programs. All nations must continue strong economic and diplomatic measures.

“In addition to implementing all existing UN sanctions, the international community must take additional measures to enhance maritime security, including the right to interdict maritime traffic transporting goods to and from the DPRK.

“The United States, in partnership with Canada, will convene a meeting of the United Nations Command Sending States to include the Republic of Korea and Japan and other key affected countries to discuss how the global community can counter North Korea’s threat to international peace,” Tillerson said.

“Diplomatic options remain viable and open, for now. The United States remains committed to finding a peaceful path to denuclearization and to ending belligerent actions by North Korea,” Tillerson said.

The United Nations Security Council has scheduled an emergency meeting to discuss the provocation, set for Wednesday. 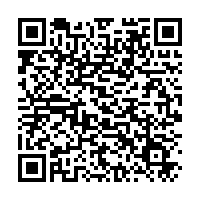