The United Nations has just released a report on what it has dubbed the “largest seizure of ammunition in the history of sanctions against the Democratic People’s Republic of Korea.”

Customs agents discovered the clandestine cargo of more than 30,000 rocket-propelled grenades (RPGs) neatly packed in crates, hidden under a shipment of iron ore on the ‘Jie Shun,’ a rusting old vessel making what appeared to be its final run when it made port at the Suez Canal, according to a report published Monday by the Washington Post.


The ship was sailing under the “convenience flag” of Cambodia, but it had a North Korean crew and had set out from the DPRK. It was spotted as it sailed from North Korea in August 2016 by U.S. intelligence agents who tracked its route as it proceeded west towards the Gulf of Aden, and then to the Suez Canal. U.S. officials alerted their Egyptian counterparts via diplomatic channels, and Egyptian customs officials were waiting when the ship arrived in Egyptian waters outside Suez.

Under the crates of 2,300 tons of loose yellow rocks of limonite, a kind of iron ore, they searched and found more than 24,000 RPGs and in addition, completed components for another 6,000. But although they were stamped with a recent manufacture date, they were actually North Korean copies of the PG-7 rocket warhead, a Soviet munition first built in the 1960s.

It turned out they were ordered and paid for by Egyptian business owners, but destined for a private Egyptian firm the paper could not name, but which Cairo had quickly “shut down.” The number and type of arms, however, made it obvious they were headed for the Egyptian army.

In response to the report, Egypt said it was “transparent,” stating that it “will continue to abide by all Security Council resolutions and will always be in conformity with these resolutions as they restrain military purchases from North Korea.” Cairo pointed out that it has destroyed the illicit shipment, the Egypt Independent reported.

The series of secret deals worth some $23 million that obviously had to have taken place between sanctions-restricted North Korea, and U.S.-allied Egypt that resulted in the delivery was quietly flagged by U.S. officials. This later led to the Trump administration decision in July 2017 to delay some $290 million in military aid to Egypt.

Andrea Berger, a senior research associate and North Korea specialist at the Middlebury Institute of International Studies at Monterey, California told the Post, “Egypt was a consistent North Korean customer in the past. I would call them a ‘resilient’ customer today.”

North Korean leader Kim Jong Un has long made a practice of mitigating the effects of sanctions against his country by selling cheap weapons to third world countries (including Iran, Burma, Cuba, Syria, Eritrea, Uganda, and Congo) and at least two terrorist groups (including Hezbollah) in addition to U.S. allies such as Egypt, according to analysts who spoke with the Post.

The paper called that type of market “a kind of global eBay for vintage and refurbished Cold War-era weapons, often at prices far lower than the prevailing rates.”

According to the report, Syria has purchased chemical weapons protective gear from the DPRK, and Hezbollah – a “long term customer” – has bought North Korean rockets and missiles.

Chemical weapons facilities and convoys carrying rockets and missiles towards Hezbollah bases in Syria have been targeted repeatedly in air strikes by Israel, which has warned more than once it will not tolerate an existential threat on its northern border. 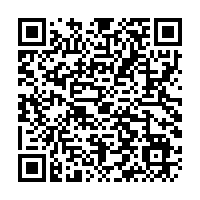