The New York Times on Saturday acknowledged publishing in Thursday’s international print edition an anti-Semitic political cartoon, reminiscent of the worst Arab, Soviet and Nazi works. It depicted President Trump as a blind man wearing a yarmulke and being led by Prime Minister Benjamin Netanyahu in the shape of a seeing eye dog wearing a collar adorned by a blue star of David.

An Editors’ Note to appear in Monday’s international edition. pic.twitter.com/1rl2vXoTB3


The online version of the cartoon, featured in the New York Times’ opinion section, has been deleted. It had been drawn by the Portuguese illustrator Antonio Soares from the newspaper Espresso.

António has a degree in Fine Arts – Painting from the University of Fine Arts, Porto. According to his online bio, “After researching his image, António begins with sketches of the face and then draws the clothing. After that, he finds the right match and brings the composition together. The image is finished off using watercolor. ‘I love the colors, the shades, the transparency – I think watercolor reflects my mood and love for my work,’ he says.”

On Friday, the NY Times picked a story by the Associated Press titled “Trump Defends His 2017 Remarks on Charlottesville Violence,” criticizing the president for defending his position about his August 2017 comments about the clash between neo-Nazis and AntiFa leftists in Charlottesville, Virginia, in which he claimed both sides were equally to blame for the violence in those riots.

Not as easy to do that with a full-blown, Der Stürmer style toon on their own op-ed page. 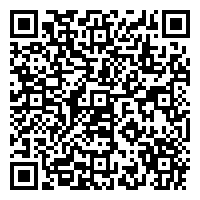