Bill de Blasio, one of the Democratic front runner in the race for New York City mayor, met last week with the editorial board of The Jewish Press at the newspaper’s Boro Park office. De Blasio is the New York City Public Advocate.

Before becoming public advocate, de Blasio had been a two-term city councilman, representing the 39th district in Brooklyn. He’s also been the regional director for the U.S. Department of Housing and Urban Development, and campaign manager for Hillary Rodham Clinton during her successful Senatorial bid in 2000.

During the meeting, de Blasio said that the next mayor will have a Herculean task balancing the funding of necessary programs for individuals and communities with the financial difficulty the city faces.

“I have worked with some of the most disciplined folks in public life, people like Hillary Clinton and Andrew Cuomo,” de Blasio said, adding that he’s well positioned to face these challenges.

“I predict the first few years of the next mayor will be very tight budget years – which will be made worse by the open labor contracts the mayor is leaving, something that will tarnish Bloomberg’s record.”

“The people of New York understand the choices are not easy,” he went on to say. “People have been sobered by the economy, and they want to see fairness.

He also said that early childhood education is one of the most important services the city can provide, and the one area he would expand city funding – not because it’s a handout, or even to be generous, he said, but because it’s an investment.

“I think voters are sick of not being heard by City Hall,” he said. “Too often the Bloomberg approach has been my way or the high way. I’ll do things differently.” 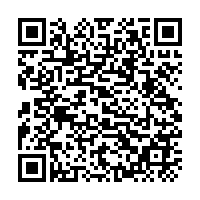